On March 21, the “Seminar on New Artificial Intelligence Technologies for Smart Epidemic Prevention and Control” was held via a live online multi-platform video conference. The seminar was held under the guidance of the Beijing Municipal Bureau of Economy and Information Technology and jointly hosted by the Beijing Electron & Electric Appliance Association, the University of Science and Technology Beijing, and Wuhan University. The seminar focused on the topic of applications of artificial intelligence in the prevention and control of epidemics and development opportunities for the future. As one of the hosts, USTB joined with BAT, Tsinghua University, Peking University, the Chinese Academy of Sciences and a number of AI enterprises to discuss new anti-epidemic artificial intelligence technologies as well as its role in serving industries and society. Prof. HE Wei, Dean of the Institute of Artificial Intelligence, Prof. ZHANG Xiaotong, Dean of the Shunde Graduate School and other staff as well as students from various departments attended the seminar. 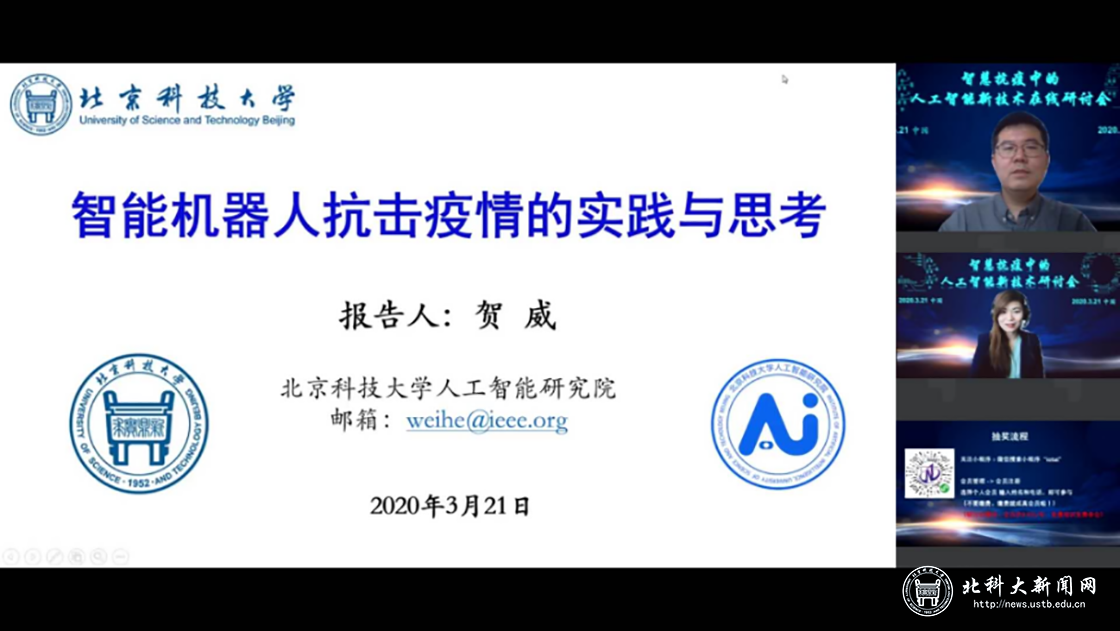 At the event, more than ten experts from the Beijing Municipal Bureau of Economy and Information Technology, Alibaba Cloud, Tencent Cloud, Baidu Smart Government and other parties gave speeches and participated in a round-table discussion. The experts discussed technologies and information on topics including intelligent hardware, intelligent anti-epidemic systems, precise prevention and control, new technologies in artificial intelligence applications and personnel training. They also touched on the latest achievements, challenges and opportunities for artificial intelligence technologies in epidemic prevention and control measures, while highlighting the prospects for emerging industries in AI, big data and intelligent robots. Prof. HE Wei presented “The Practice and Thinking of Intelligent Robots in Fighting Against Epidemics” and Prof. ZHANG Xiaotong held a discussion on “How to Make the Epidemic Black Swan A New Opportunity for the Development of AI". 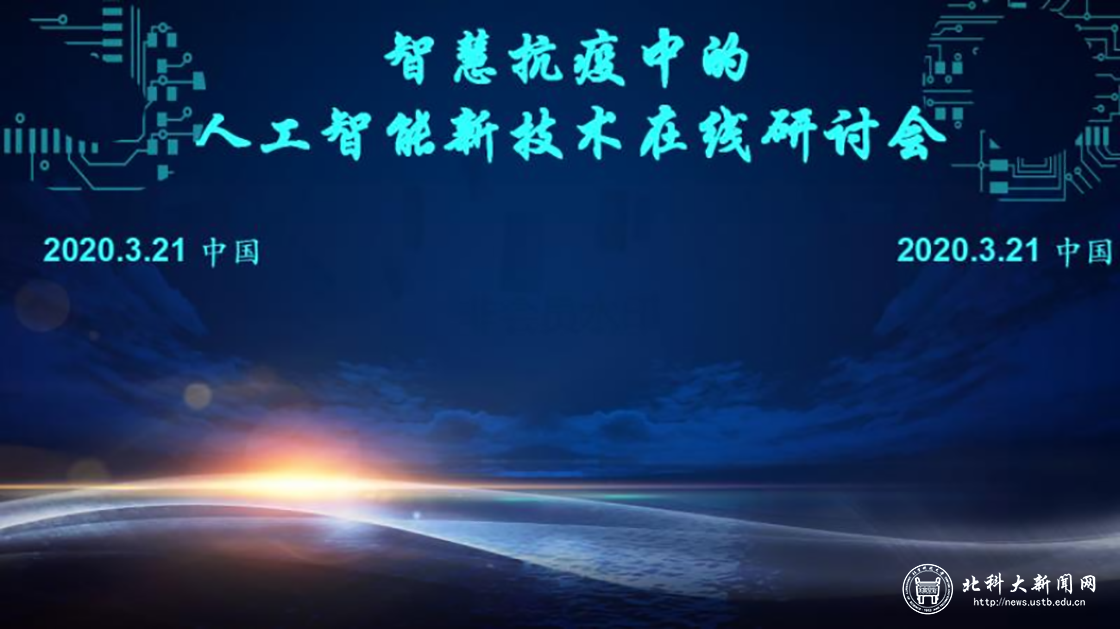 General Secretary Xi Jinping emphasized during his inspection of the research being conducted for the prevention and control of the COVID-19 epidemic that “The most powerful weapon of human beings in fighting against disease is science and technology. Human beings must use scientific development and technological innovation to overcome such a challenge.” The opening of the seminar was held at a critical period in the war against COVID-19. It demonstrated the usefulness of new technologies including AI, big data and intelligent robots for epidemic prevention and control, and the huge development potential of those emerging industries.

The seminar drew a total of over 827,000 viewers during the course of its broadcast.