Prof. LI Xiaogang was elected Honorary Fellow of European Federation of Corrosion in 2021 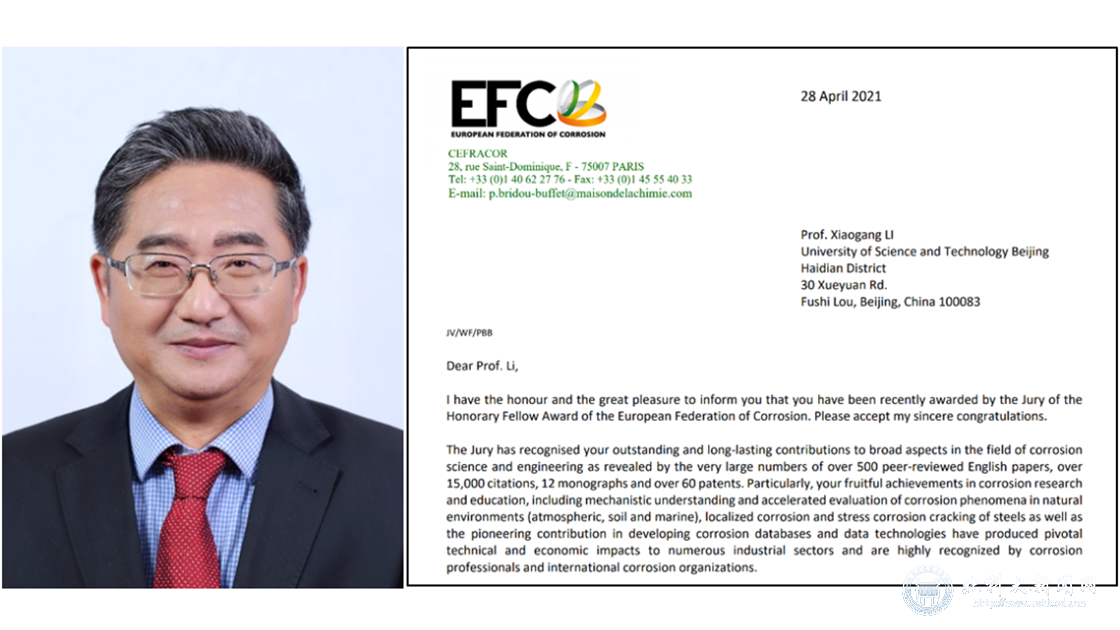 As the world's largest corrosion academic organization, the European Corrosion Federation was established in 1955, and its secretariat is located in London, England, Frankfurt, Germany and Paris, France, consisting of 38 corrosion societies and professional bodies from 25 countries, representing a wide range of interests of more than 25,000 corrosion scientists and engineers worldwide. The title of Honorary Fellow of the European Federation of Corrosion, established in 2015, is one of the highest academic honors of the society, .and competition of this title is extremely fierce. From 2015 to 2019, only seven scholars from Belgium, Germany, Italy, the United Kingdom and France, including Professor Anthony Bubai, a well-known expert in the field of corrosion, have been  received this award. Prof. LI Xiaogang’s award is the first time that the European Corrosion Federation has awarded the honor to a scholar from outside the EU. 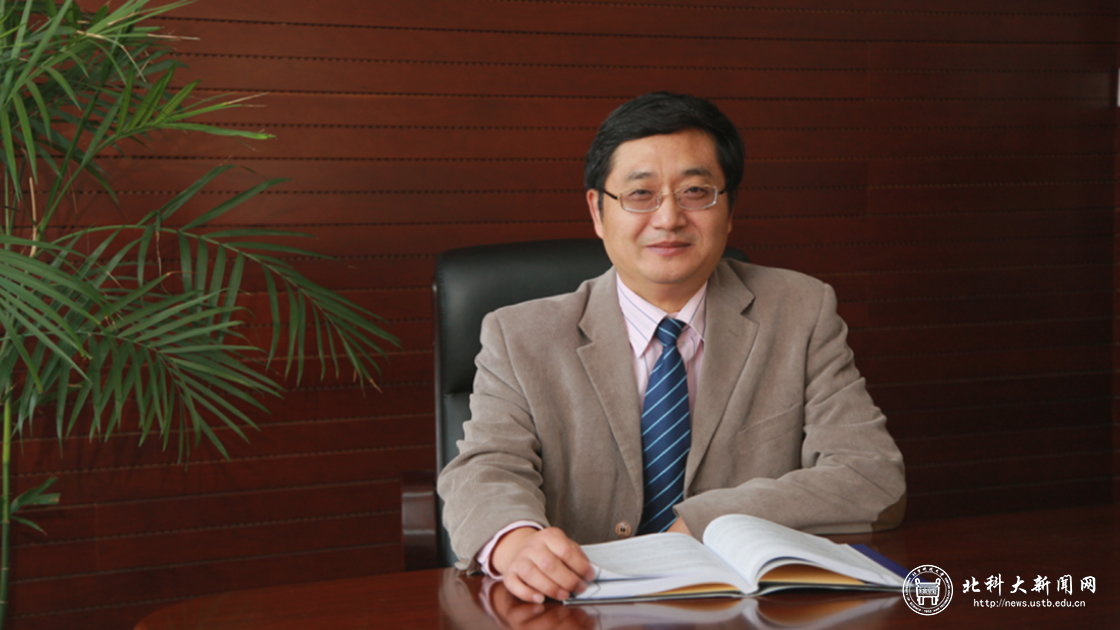 Prof. LI Xiaogang, a professor of University of Science and Technology Beijing, director of National Material Corrosion and Protection Scientific Data Center, head of the materials service data technology team of Beijing Materials Genetic Engineering High Precision Innovation Center, concurrently serving as the Vice President of the Chinese Society of Corrosion and Protection, and an advisory editorial board member of the internationally renowned journal "Corrosion Science". He has been engaged in the research of material corrosion and metallurgical engineering of corrosion-resistant steel for a long time, putting forward academic viewpoint and research system of material corrosion big data, and developing series of material big data intelligent monitoring technology and database technology. Furthermore, he systematically discovered the influence law of alloy composition and metallurgical process parameters on the origin and evolution mechanism of environmental corrosion of low-alloy steel and proposed a new concept of design and regulation of low-alloy corrosion-resistant steel composition for the whole life cycle in line with China's typical service environment. A new theory of metallurgical whole-process regulation of low-alloy corrosion-resistant steel performance and a series of new low-alloy corrosion-resistant steel grades and realized industrial production were developed by Prof. LI Xiaogang. He also designed a new standard system for high-quality low-alloy corrosion-resistant steels, solving various corrosion problems of steel materials in major national projects. He was awarded the second prize of National Science and Technology Advancement as the first person to complete such a project, receiving the highest academic award, technical achievement award, and the title of Honorary Fellow of the International Association of Corrosion Engineers (NACE) W.R. Whitney.