On September 30th, the award ceremony of the Chinese Government Friendship Award was held in the Great Hall of the People. Mr. LIU He, member of the Political Bureau of the Central Committee of the Party and Vice Premier of the State Council, presented the awards to the foreign experts who won in 2020 and 2021. Prof. Alberto Conejo from the School of Metallurgical and Ecological Engineering of USTB was honored and invited to attend the award ceremony. 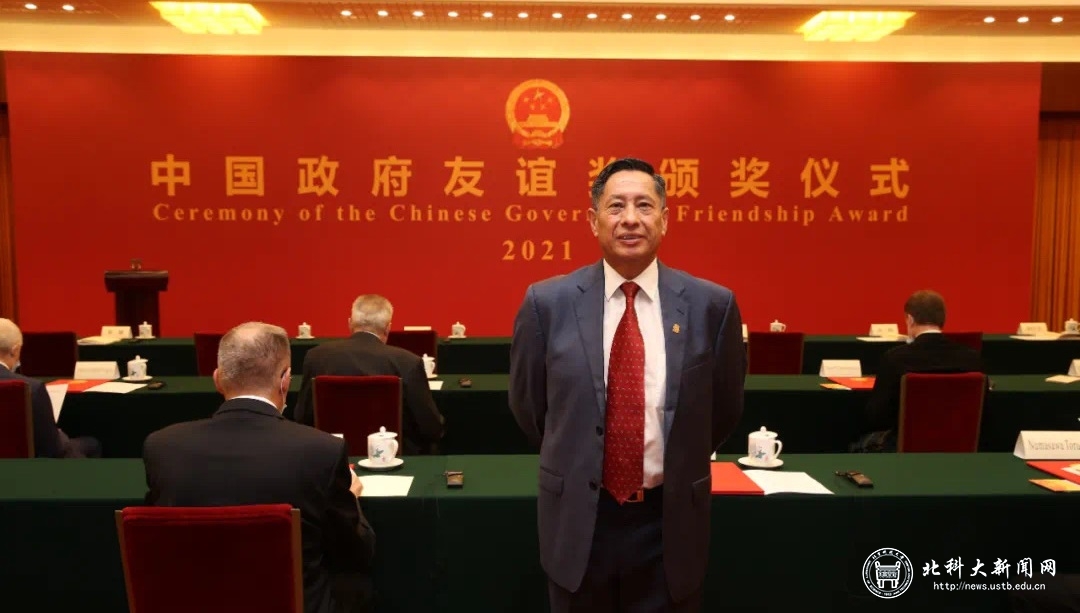 After the ceremony, Mr. LI Keqiang, member of the Standing Committee of the Political Bureau of the Central Committee of the Party and Premier of the State Council, met with the foreign experts who received the 2020 and 2021 Chinese Government Friendship Award at the Great Hall of the People. Following the meeting, the foreign experts were invited by Mr. LI Keqiang to attend the reception celebrating the 72nd anniversary of the founding of the People's Republic of China. Mr. HAN Zheng and Mr. LIU He, Vice Premiers of the State Council and Mr. Wang Yi, State Councilor and Foreign Minister, attended the meeting. 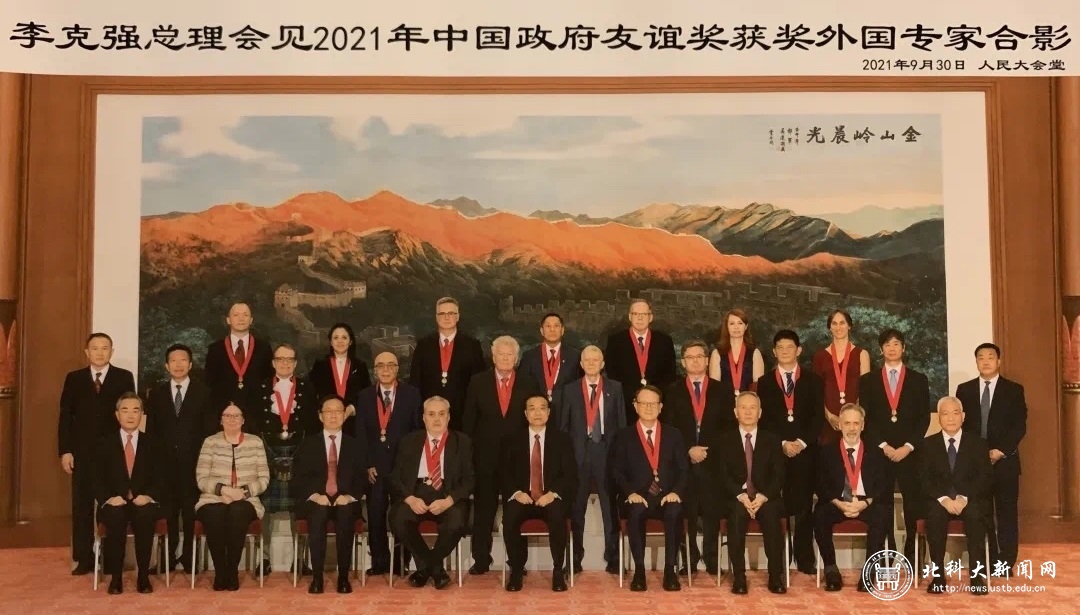 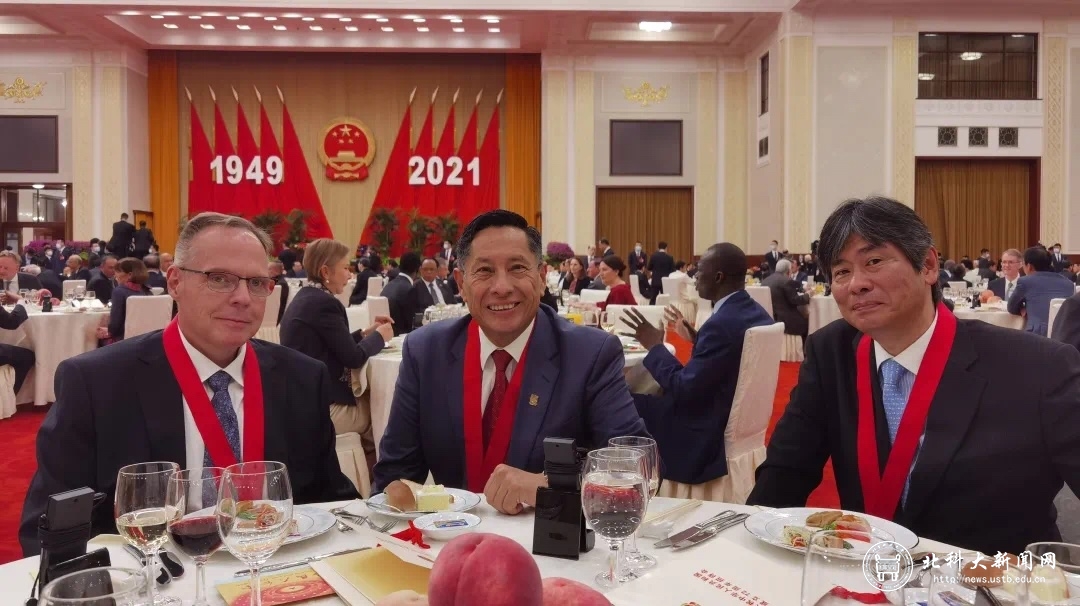 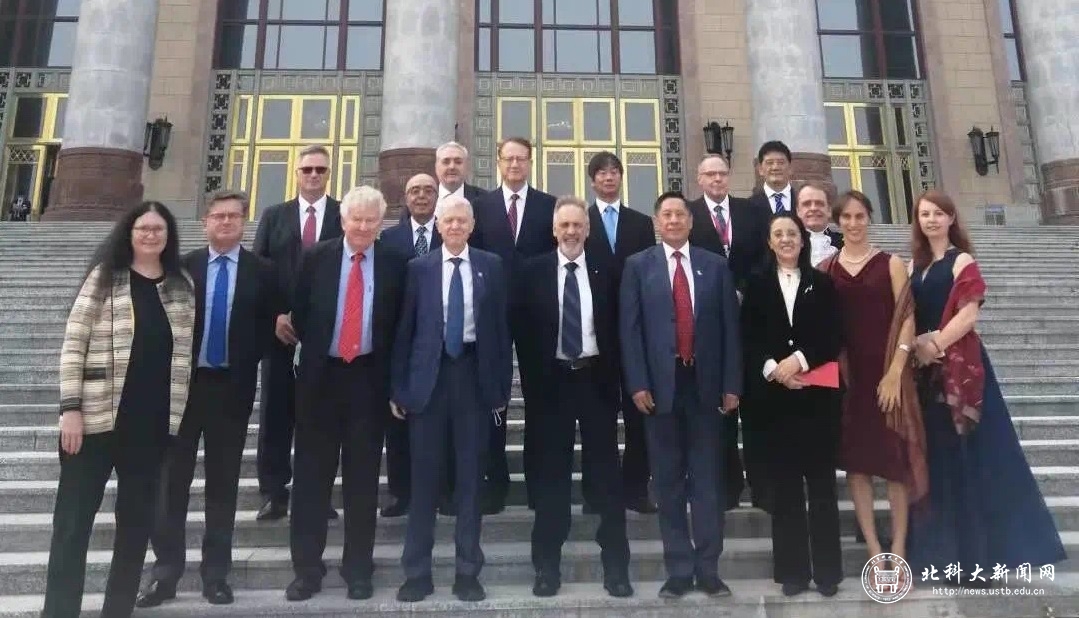 The Chinese Government Friendship Award is the award for foreigners in China. Prof. Alberto Conejo is the third foreign expert of USTB to win this award, he enjoys high reputation in the global metallurgical field for his profound expertise and outstanding scientific research achievements. 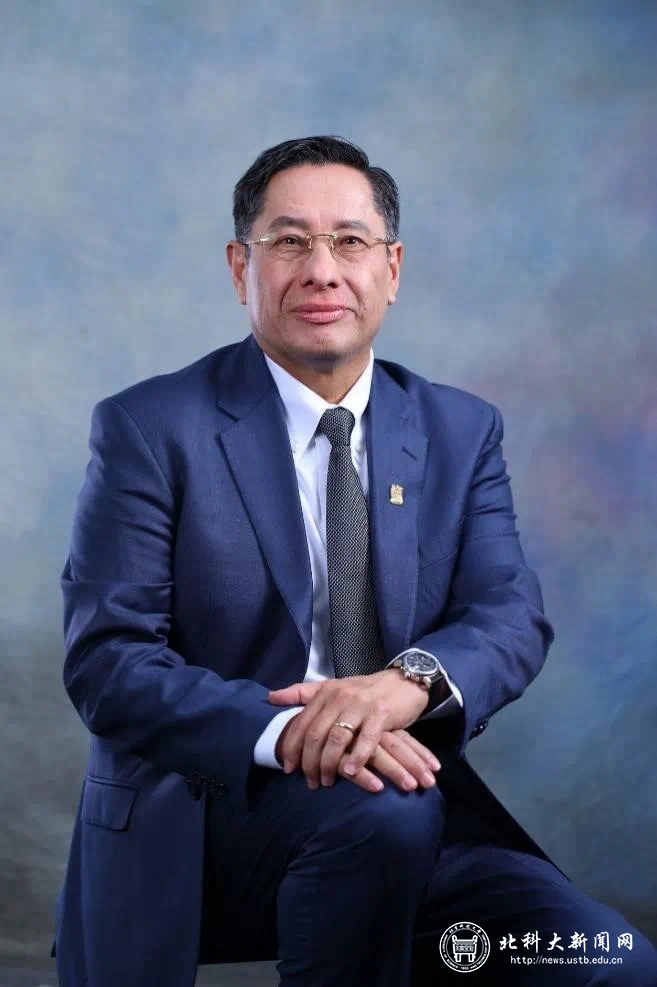 Prof. Alberto Conejo is an internationally renowned expert in metallurgical engineering. He has been engaged in close academic exchanges and scientific research cooperation with USTB for a long time. In 2018, he was appointed as a full-time professor at the School of Metallurgical and Ecological Engineering. Prof. Conejo is dedicated to undergraduate and graduate education in metallurgy, he is training a number of outstanding students with global vision for USTB, and has trained many professionals in the field of metallurgical engineering in China.

Prof. Alberto has developed a series of low-carbon technologies in cooperation with the new iron-making technology team of USTB, such as hydrogen reduction technology and new process optimization technology for short-flow steel production. His research results have received wide attention from enterprises and universities at home and aboard. His long-term research on the short process of electric arc furnace is expected to reduce the CO2 emission of steel industry by more than 50%, which significantly improves the international competitiveness of USTB in the field of "carbon neutral" technology research, and also actively contributed to the signing of the strategic cooperation agreement between Pohang Iron and Steel Co., Ltd of South Korea (POSCO) and USTB, it is the first agreement POSCO ever signed with a Chinese university.

Prof. Alberto has cultivated many outstanding talents in the field of metallurgical engineering, and his academic achievements and contributions have promoted the cooperation between the USTB and other high-level universities in the world, including RWTH Aachen University in Germany, enhancing the internationalization in metallurgical disciplines of USTB. 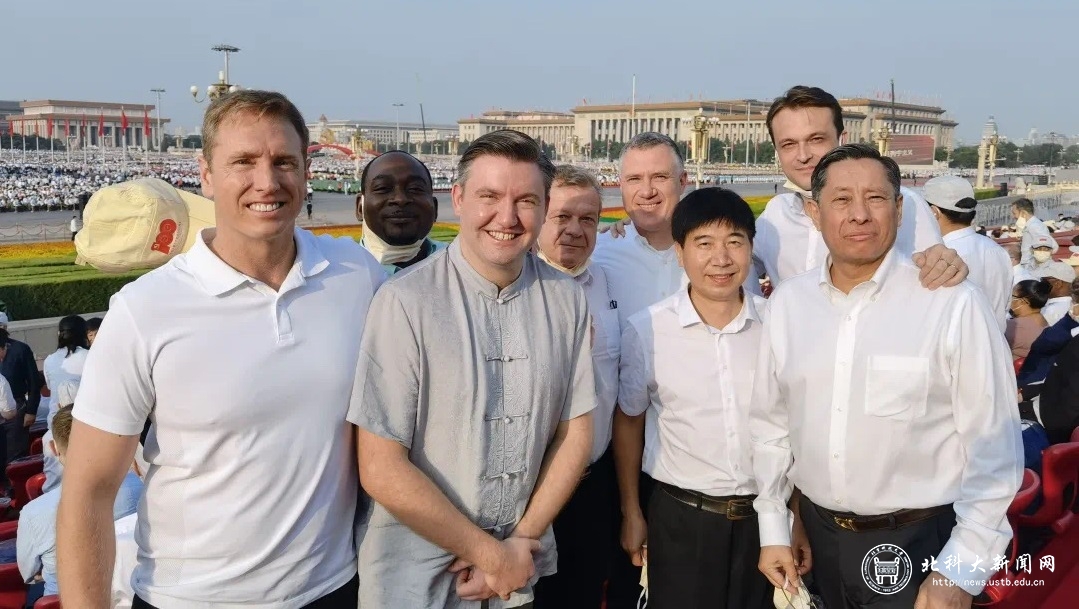 On February 2nd, 2021, Prof. Alberto Conejo was invited to present USTB to attend the symposium of foreign experts working in China and received by Premier LI Keqiang. On July 1st of the same year, Prof. Alberto Conejo was invited to attend the celebration of the 100th anniversary of the founding of the Communist Party of China and witnessed this historical moment.

The Chinese Government Friendship Award is the highest honorary award established by the Chinese government to honor foreign experts who have made outstanding contributions to the cause of modernization and reform and opening up of China, in appreciation and recognition of the outstanding achievements and dedication of foreign experts in China's economic and social development, technology, education, culture and other construction undertakings, as well as the cultivation of talents.

The first recipient of Chinese Government Friendship Award of USTB

Prof. Reiner Kopp was appointed Honorary Professor of USTB in 1980. He served as Executive Vice President of RWTH Aachen University from 1987 to 1990, Chairman of the Board of Directors of the Max Planck Institute for Iron and Steel (MPI) from 1998 to 2000, Vice Chairman of the German Materials Technology Association (DGM) from 2001 to 2002, and third member of the Board of Directors of the German Union of Academies of Sciences and Humanities (DASH) from 2002. Prof. Kopp has always maintained a fruitful cooperative relationship with USTB and has built a bridge of long-term friendship between RWTH Aachen University and USTB. With the selfless help and support from Prof. Kopp, USTB have established the first Computer Aided Engineering (CAE) research laboratory in the field of metal material processing in China. Prof. Kopp was awarded the Beijing Great Wall Friendship Award in 1999 and the Chinese Government Friendship Award in 2000 for his outstanding achievements and contributions in the field of computer simulation and optimization of plastic processing.

The second recipient of the Chinese Government Friendship Award of USTB

Prof. Chain-Tsuan Liu was appointed Honorary Professor of USTB in 2005. He is currently a University Distinguished Professor at City University of Hong Kong, a member of the USA National Academy of Engineering, a foreign member of the Chinese Academy of Engineering, and a member of the Academia Europaea. He was the Director of the Division of Alloy Behavior and Design at Oak Ridge National Laboratory and Professor of Materials Science and Engineering at the University of Tennessee, USA. In 2008, he received the China International Science and Technology Cooperation Award from the National Science and Technology Award Office. As an internationally renowned scientist in the international materials field, Prof. Liu has long cooperated with the USTB academic team led by Academician CHEN Guoliang and Prof. LV Zhaoping of the State Key Laboratory of Advanced Metals and Materials and cultivated a number of outstanding talents and achieved a lot of innovative results for USTB. He received the Chinese Government Friendship Award in 2006.