On 18 April 2022, before the 70th anniversary of University of Science and Technology Beijing (USTB), news came that the Confucius Classroom at Little Bowden Primary School Affiliated to USTB-DMU Confucius Institute (CI) won the “Special Jury Award” in the 2022 United Nations Chinese Language Day and the 2nd CMG Overseas Chinese Language Video Festival with a video titled “Experience with Guzheng, Qipao, Calligraphy, Painting and Children’s Chorus of A Beautiful Smile”! The award was announced on CCTV and CMG platforms on 20 April both locally and globally. 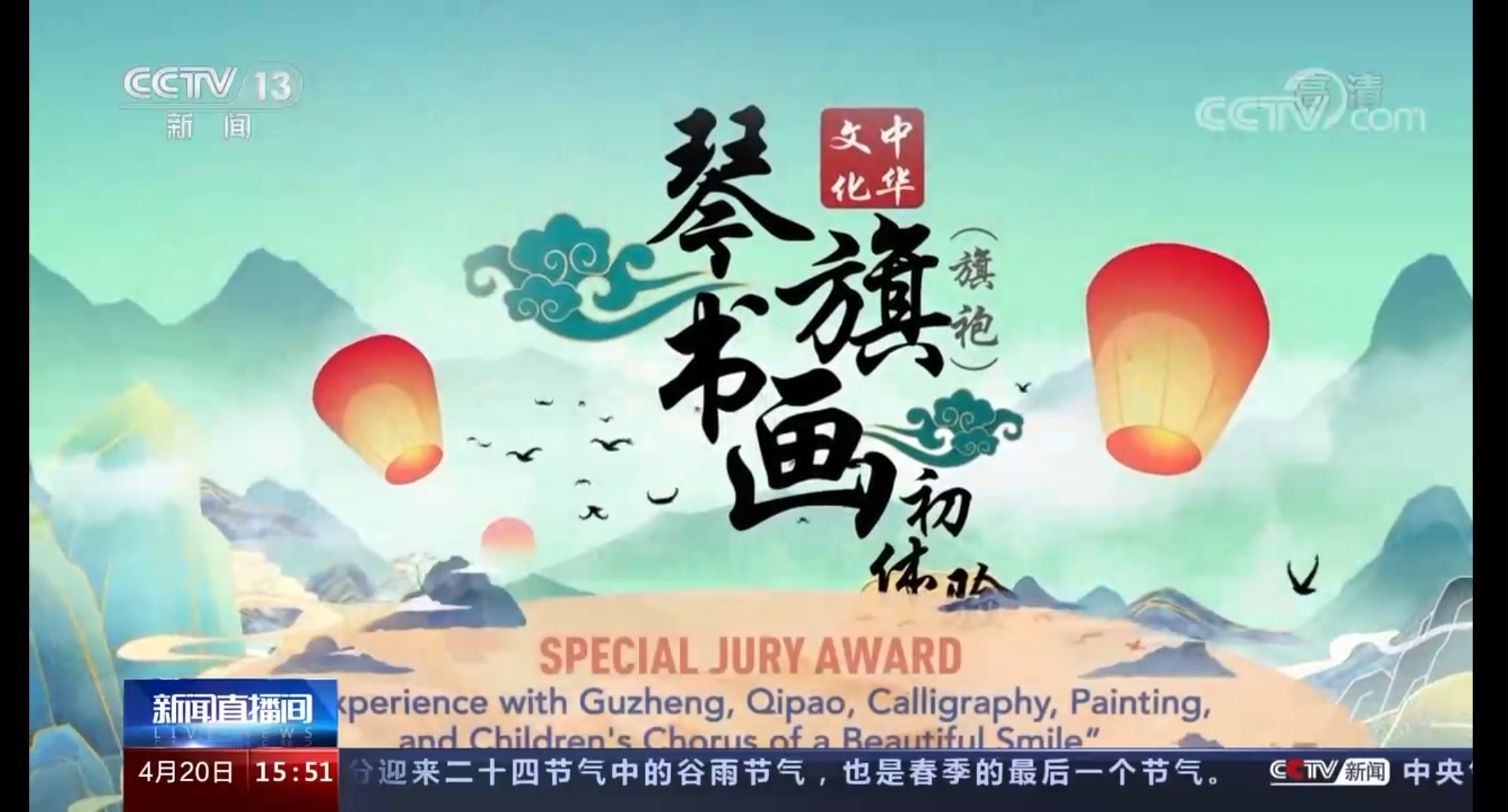 It is a great honour for USTB-DMU CI and Little Bowden to be among the 14 winners of 9 types of awards selected by a panel of global experts from 950 video entries from 45 countries and regions. It was also selected for the brief report aired on CCTV-1’s Primetime News and for the 60-minute Award Ceremony broadcast on CCTV-13, CGTN and others. There was also live streaming of the special programme on the social media platforms of the Chinese Language Video Festival, the UNOG, and the Permanent Mission of China to the UN at Geneva. There were more reposts and retweets by CLEC, CIEF, USTB, DMU and other local and global media platforms, such as Facebook, Twitter, WeChat and YouTube, etc. 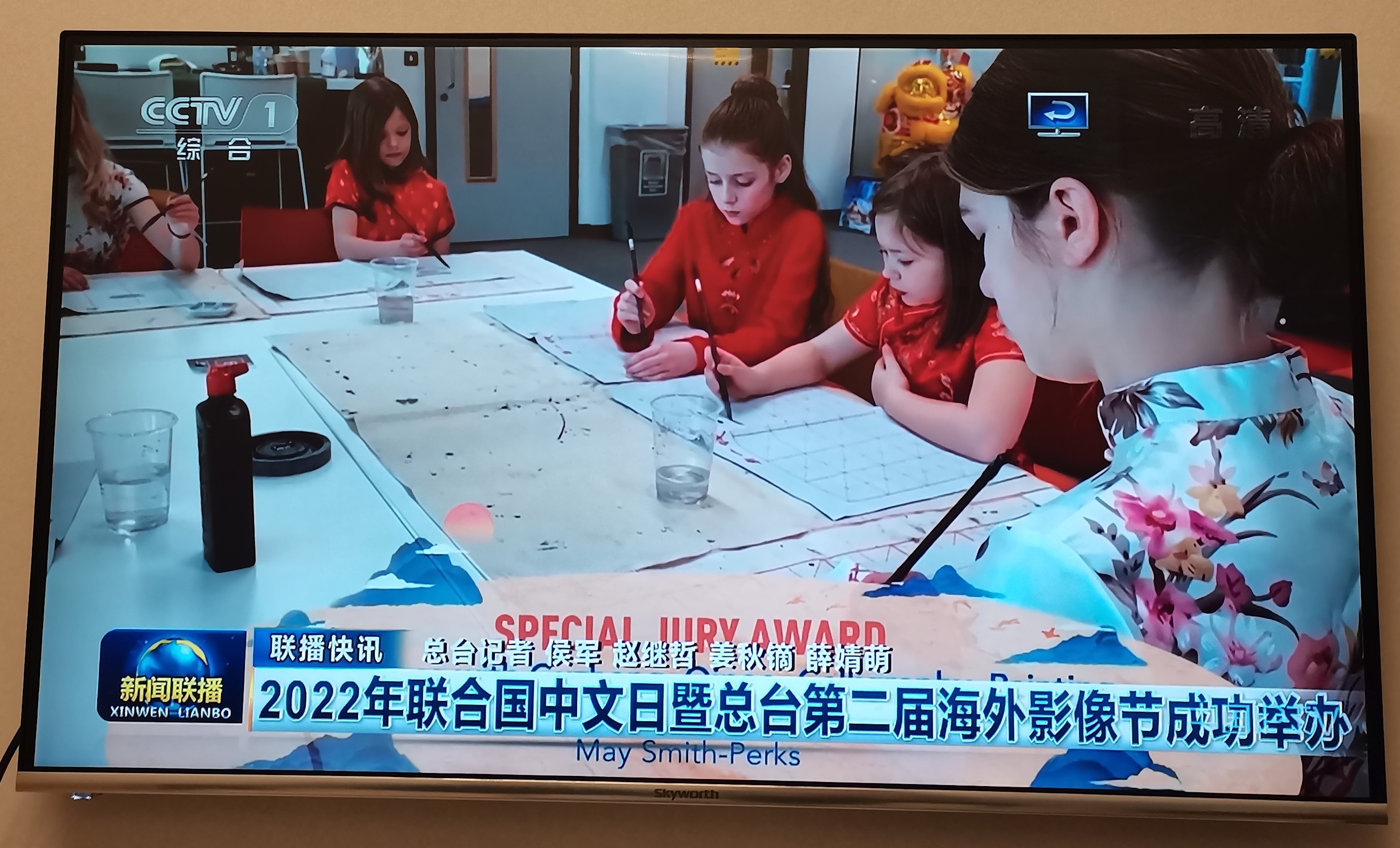 On March 28, students from Little Bowden Confucius Class came to the Confucius Institute library at De Montfort University for the video-recordings. These five sixth graders—May Smith-Perks, Martha Hall, Pixie Fern, Issy Smith, Mary Goodwin introduced themselves in Chinese, played Guzheng (zither), performed the Qipao (cheongsam) and displayed their talents at calligraphy, paper-cutting and painting works. It was amazing to see such wonders when East meets West. 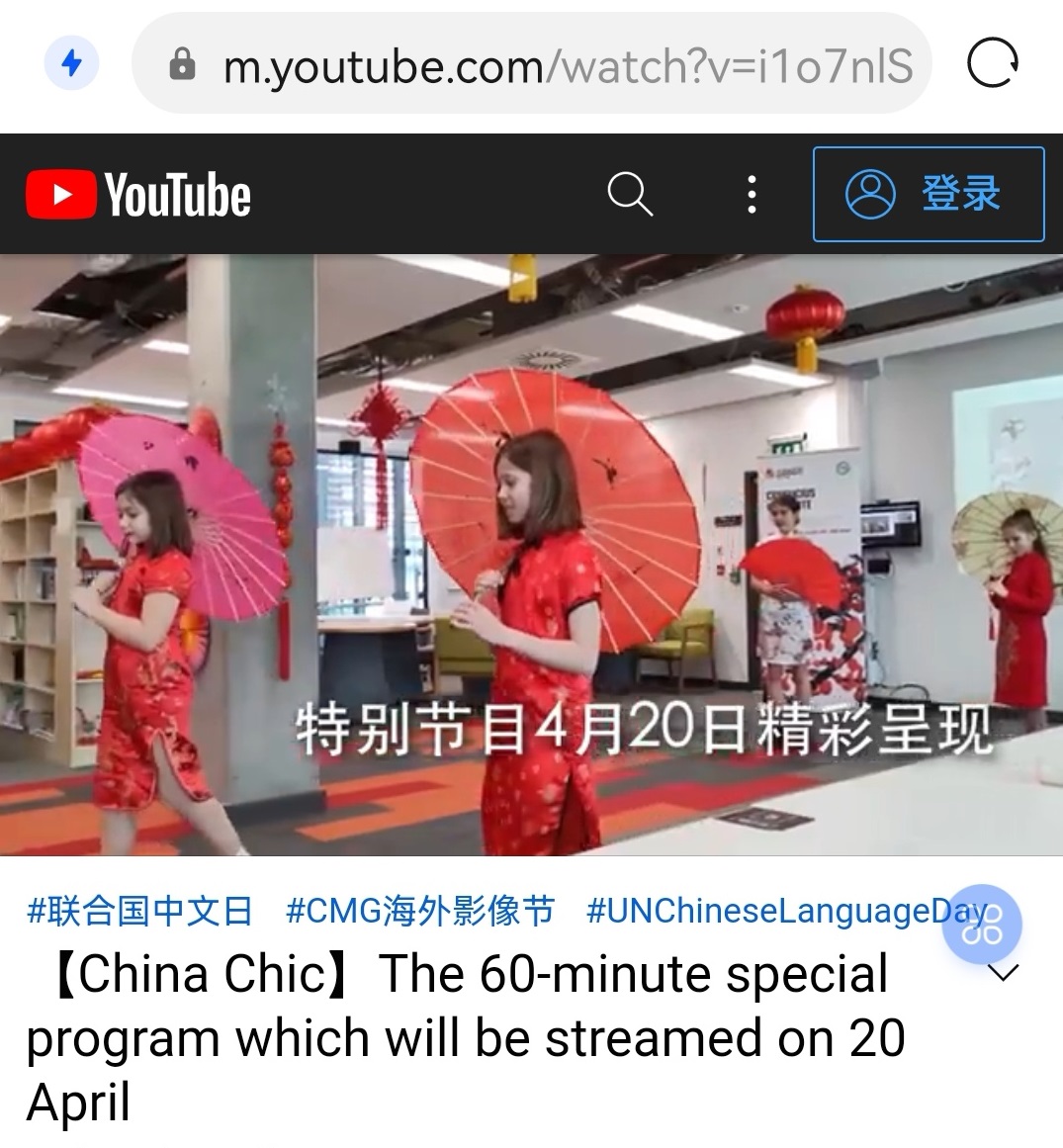 Among the pupils was Pixie who, especially fond of Chinese painting, finished with ease the drawing of a tree which she named “Spring” and to which she added her signature in style. 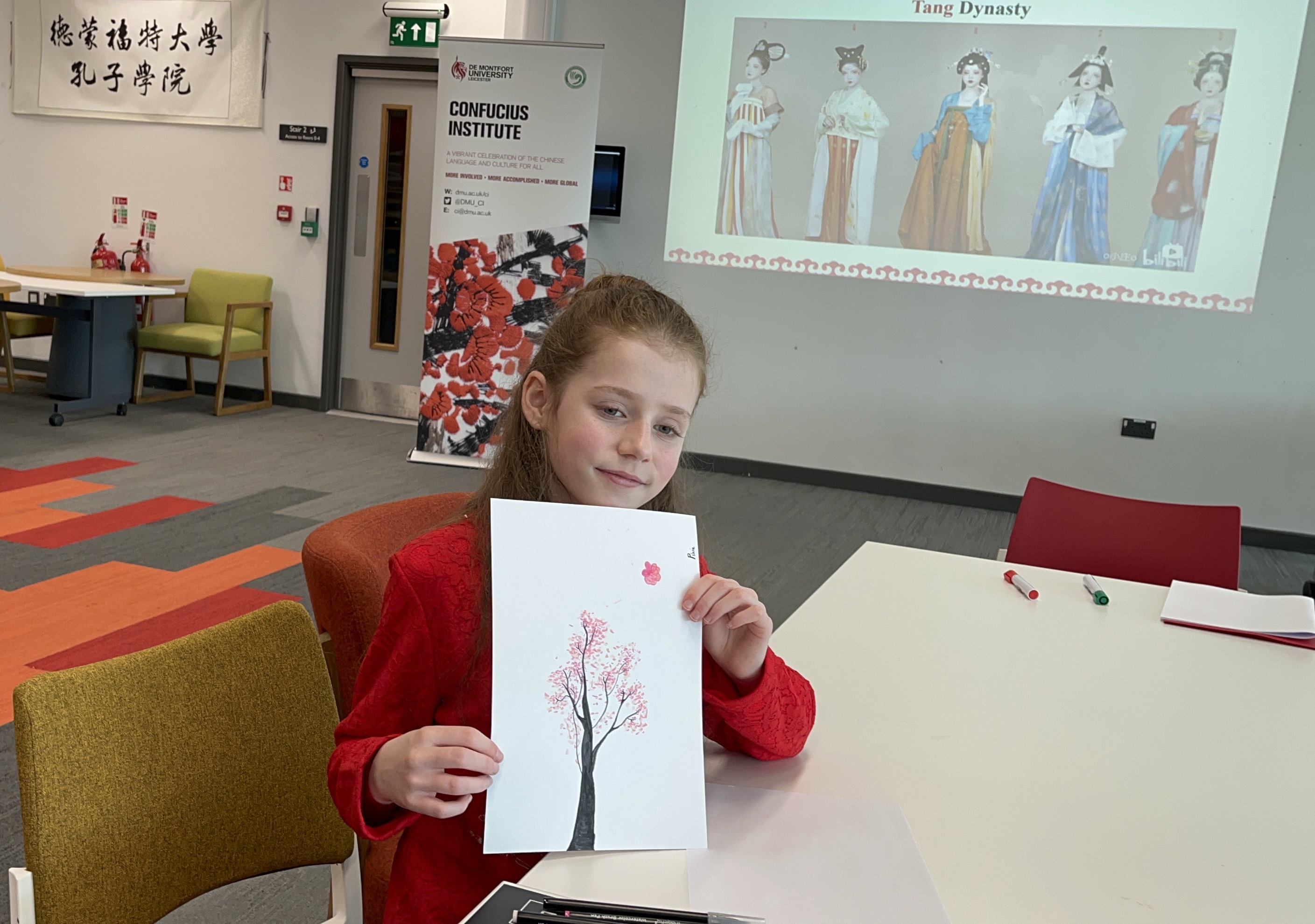 Then the girls chorused “Your Smile Is So Pretty” as the finishing touch. The song was not new to them as it was sung by a larger chorus of 84 of their schoolmates last January for the Beijing Winter Olympics. It was widely spread on CMG, CGTN-Europe, USTB and DMU official websites and social media platforms such as Twitter, Facebook, WeChat, Weibo and YouTube, etc. 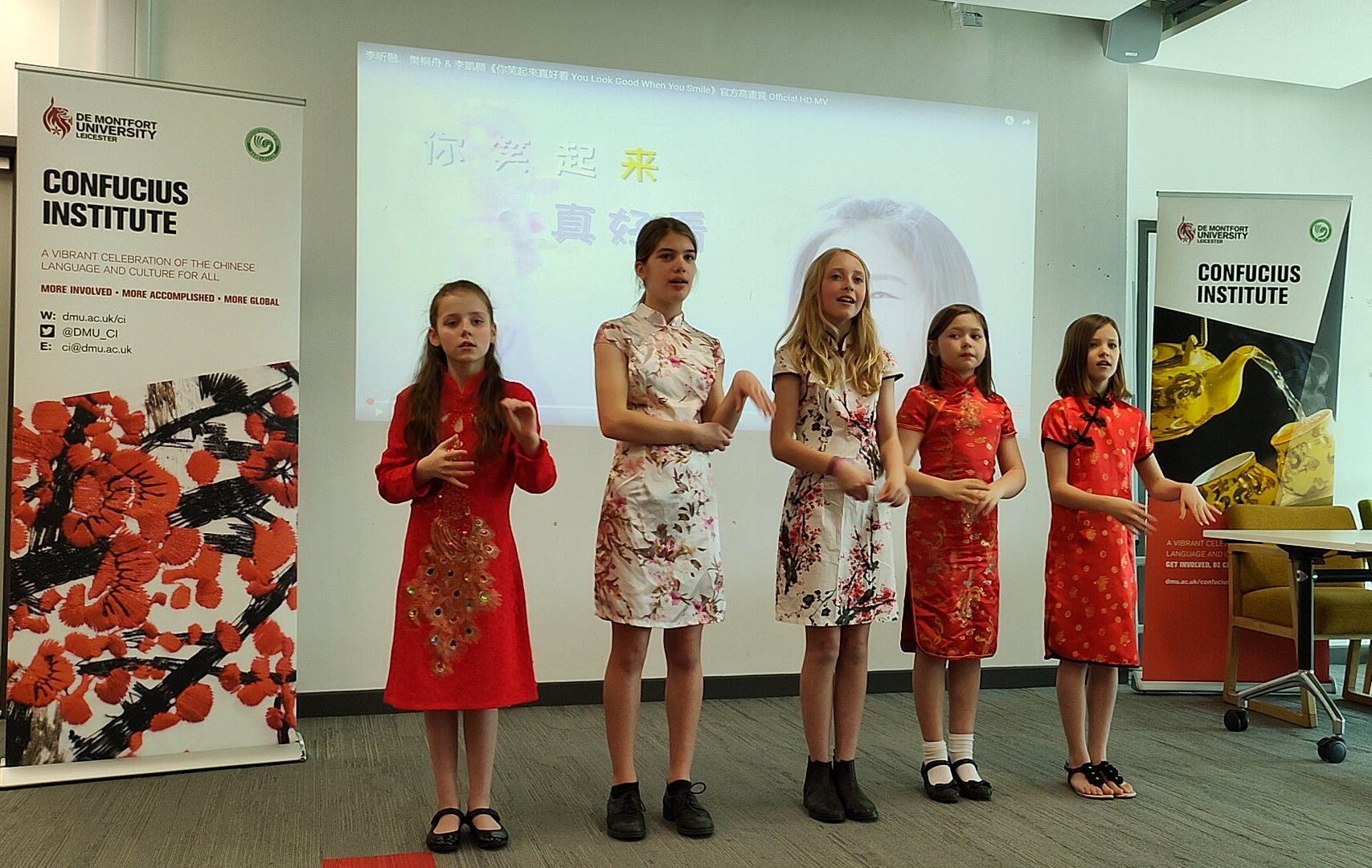 Pic 5-Chorus of “Your Smile Is So Pretty”

Their performances displayed their genuine love for the Chinese language and Chinese culture. They exuded pride and confidence that promise firmer determination to learn Chinese better and to gain more personal experience in the rich and colorful culture in China.