On the morning of March 11th, to celebrate the triumphant and honorable return of volunteers from closed-loop management for the Winter Olympics, USTB held a welcome ceremony in Shidailingyu Hall. Mr. WU Guilong, Chancellor of USTB, Mr. ZHENG Anyang, Vice President of USTB, Mr. YING Zhaohua, Director of Department of Student Affairs, and other heads of relevant departments attended the ceremony. The ceremony was presided over by Mr. YU Linmin, Associate Secretary General of the Communist Youth League Committee, with 4 teachers who stayed at the residence of the Winter Olympics as well as 74 volunteers in closed-loop participated in the activity. 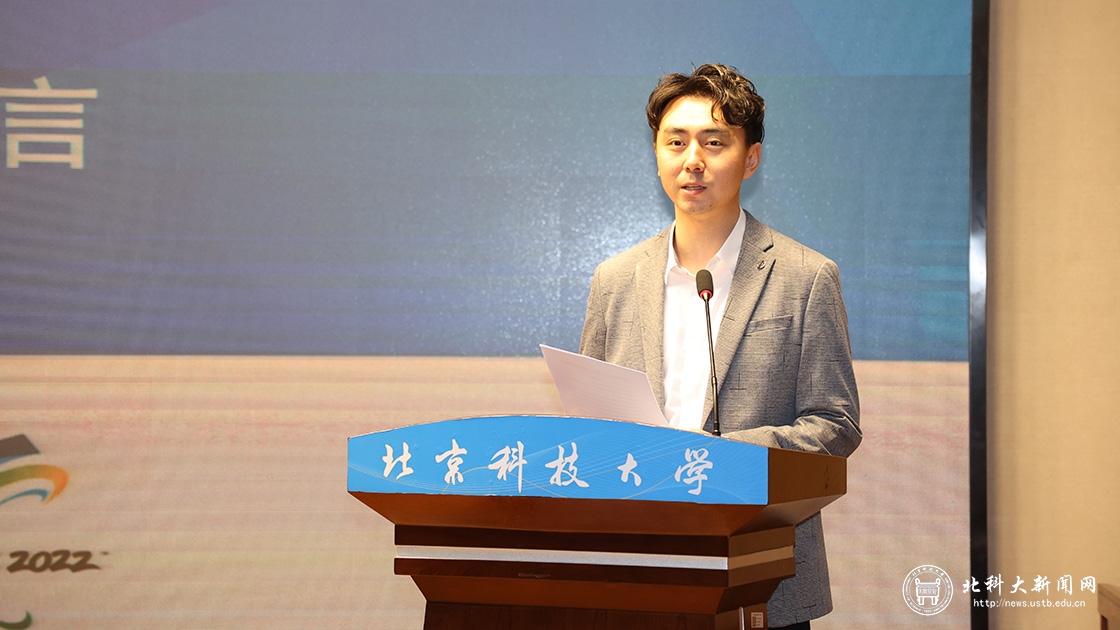 Mr. LIANG Zhiyang, Secretary of Party and League branch for volunteers in closed-loop and Resident Manager for Wukensong Sports Center, pointed out that the whole team in closed-loop has made concerted efforts during the past 47 days, which not only framed the unique romance of USTB style at Resident but also did achieved "Zero Infection" successfully for epidemic prevention and control under the expectation of school and the Organizing Committee for The Olympic Games. He proposed to summarize the achievements of the Winter Olympics' voluntary service, deliver the stories called "Together for a Shared Future" of Winter Olympics to more students and faculties at USTB, and to the Qin'an County designated for assistance by USTB, to build a bridge for these kids in remote mountain villages to understand the world and contribute to comprehensive vitalization for rural areas. 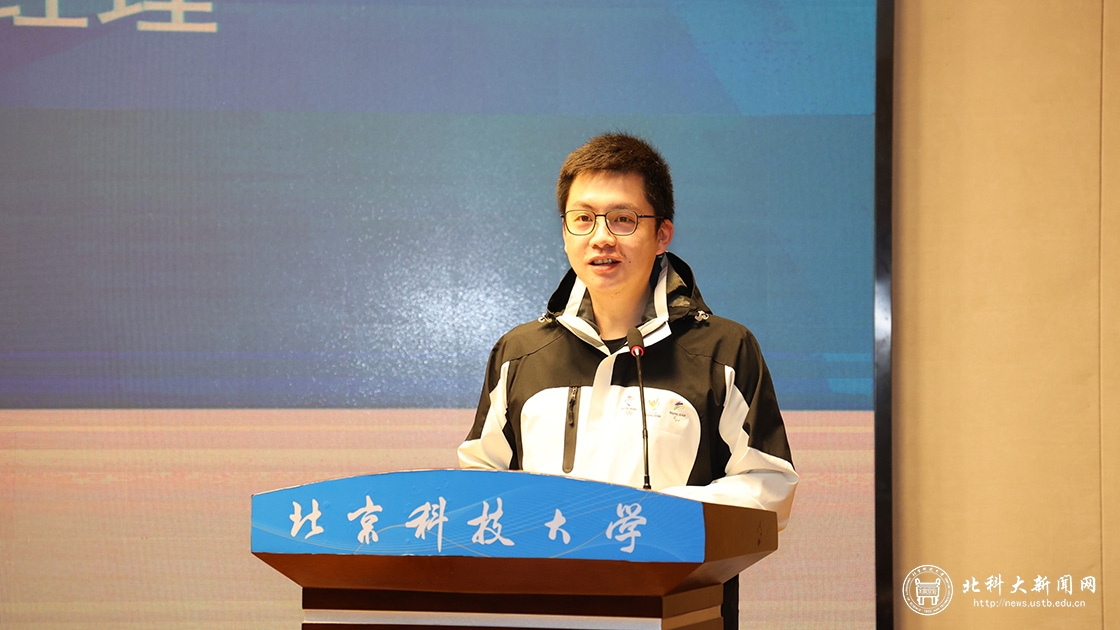 Ms. HUANG Jiayu, the psychological consultant for Wukesong Sports Center residents, mentioned the features of this voluntary: long period of time in closed-loop, high risk for Covid-19, strict requirements for work, and heavy tasks for service. Under pressures from various sides, volunteers held such strong adaptability and psychological resilience that enabled them to overcome many difficulties. It is hoped that the volunteers will meet the challenge of the new semester with the joy gained in the Winter Olympics. 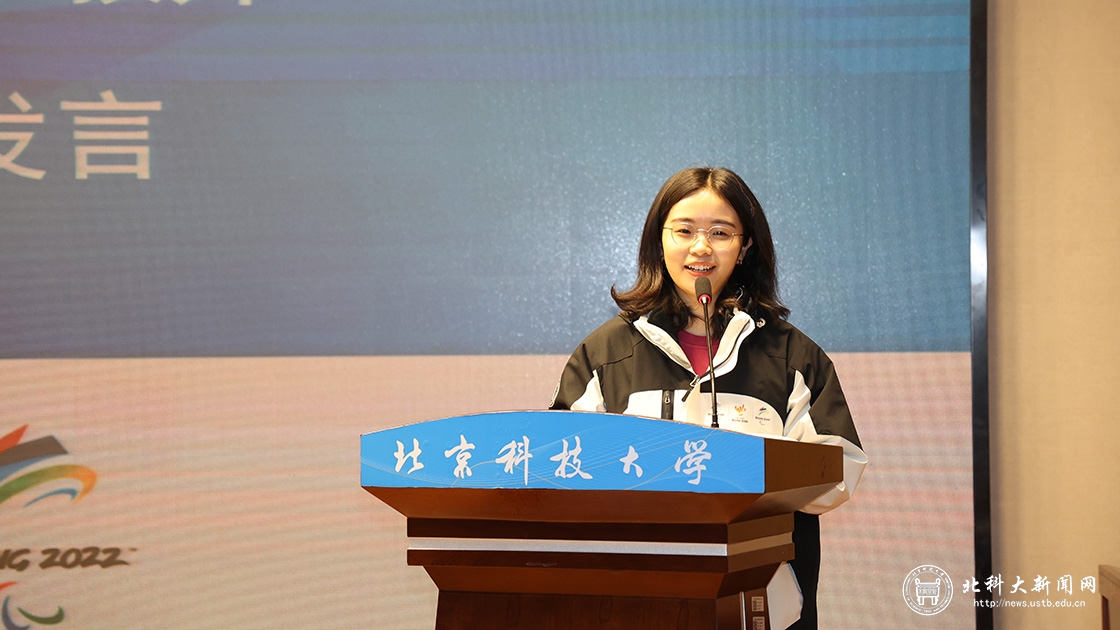 Mr. HUANG Baitao, the student representative for volunteers in the closed-loop, refreshed his memory for these 47 days. He introduced that the united voluntary team who practiced the spirit of "Being upright and sensible", showed the smiling eyes of our volunteers to the world. He believed this journey will surely become the most precious memory in volunteers’ lives and continuously inspire them to work hard for a better future.

Mr. Pan Haokun and Ms. Zhang Xiaoke, members of the publicity group, shared their service experience during the Winter Olympics successively. Mr. Pan said that as a college student who retired from the troop, he is honored to be one of the Winter Olympics volunteers, who witnessed the historic moment of Beijing becoming a "Dual Olympic City" and the spirit of "peace, friendship, fairness, and progress" spread to the world through the Beijing Winter Olympics. Ms. Zhang summed up that identity means duty, which brought mission with responsibility. We must devote ourselves to serving the Winter Olympics with diligence and warm the world with youthful vigor from our inner hearts. 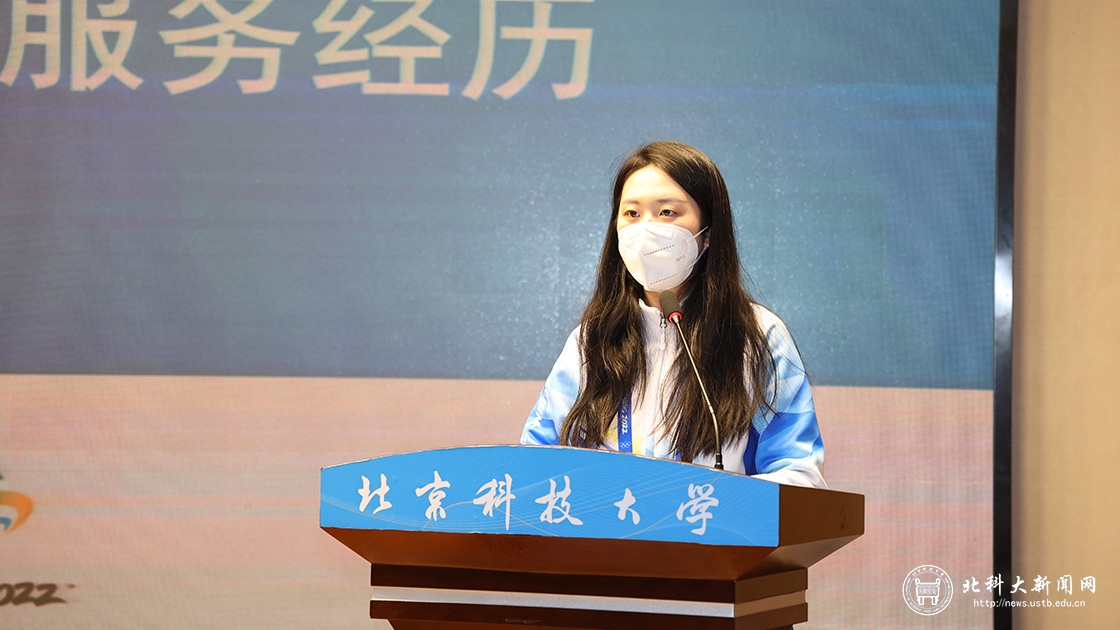 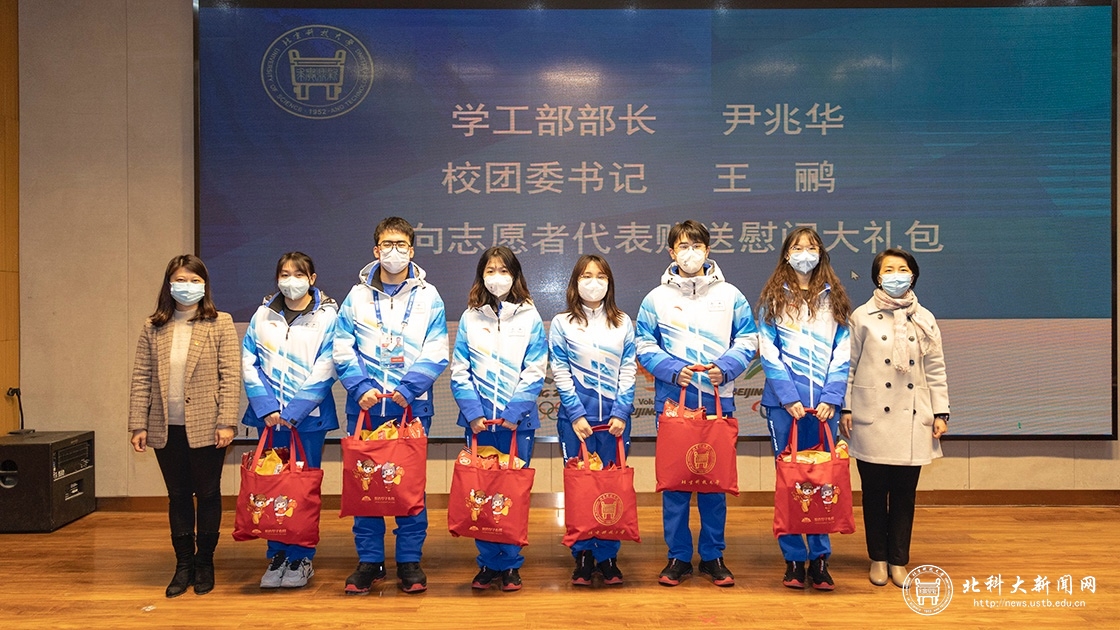 Mr. WU Guilong, Chancellor of USTB, delivered a concluding speech. He expressed deep gratitude to volunteers for their hard work and commitment to their posts in spite of the dangers and difficulties. In addition, he hoped that volunteers can make good use of experiences from this journey to further proceed with the publicity of Winter Olympic Spirits with precious memories.

Near the end of the ceremony, volunteers got a hot bowl of welcoming home noodles as there was a custom in traditional Chinese culture called "dumplings for leaving and noodles for coming". Mr. WU Guilong, Chancellor of USTB, and representatives of volunteers celebrated the happy and warm-hearted reunion moment together. 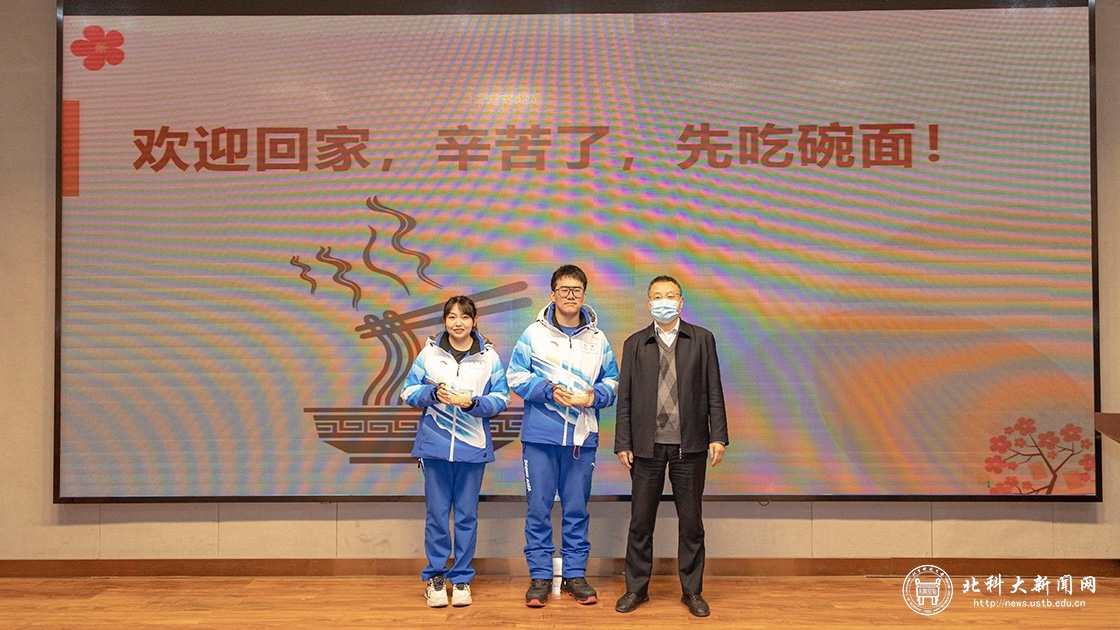 During this winter, the Beijing 2022 Winter Olympics welcomed athletes from all over the world to meet in Beijing, with struggle and sweat to write their stories to realize dreams; during this winter, the new generation of steel lads and iron ladies appeared as outstanding young figures in the Winter Olympics. Young USTBers have always been progressive role models to serve the society. In the Olympics, 74 closed-loop volunteers from 15 secondary units charge at the forefront, covering eight different posts including sports, transportation, communication, technology, and so on. With 26 days of service and 21 days of isolation monitoring, volunteers in blue who firmly stuck to their responsibility regardless of the freezing cold, function as the best business card for the "Dual Olympic City". As of now, all the closed-loop volunteers have successfully completed the mission of the Winter Olympics. 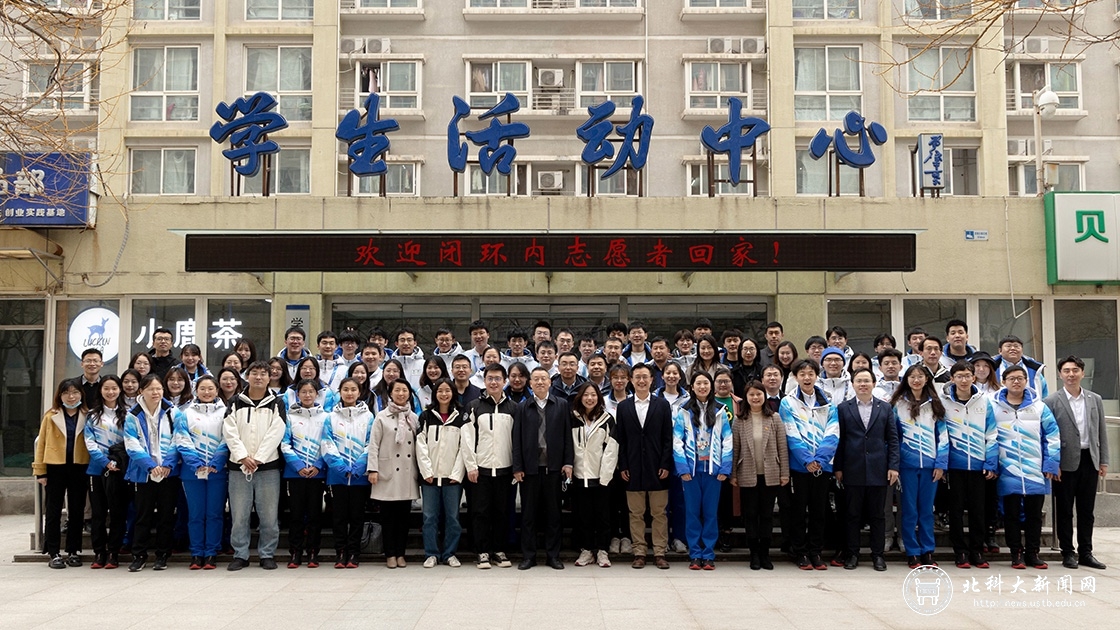