On the morning of April 20th, USTB and China Railway 15th Bureau Group Co., Ltd.(hereinafter referred to as CR15G) signed a cooperation agreement on talent cultivation and recruitment. The signing ceremony was held in the fifth conference room of Techart Plaza. Mr. HUANG Changfu, Chancellor, Chairman of the Board, and General Manager of CR15G and an outstanding alumnus of USTB; Mr. LIU Junmin and Mr. ZHU Yong, Vice General Managers of CR15G; Prof. YANG Renshu, President of USTB; Prof. SUN Jinghong, Vice Chancellor of USTB; Prof. YIN Zhaohua, Director at the Department of Student Affairs; and the leaders from the School of Civil and Resources Engineering and the School of Chemistry and Biological Engineering attended the signing ceremony. The ceremony was presided over by Prof. YIN Zhaohua. 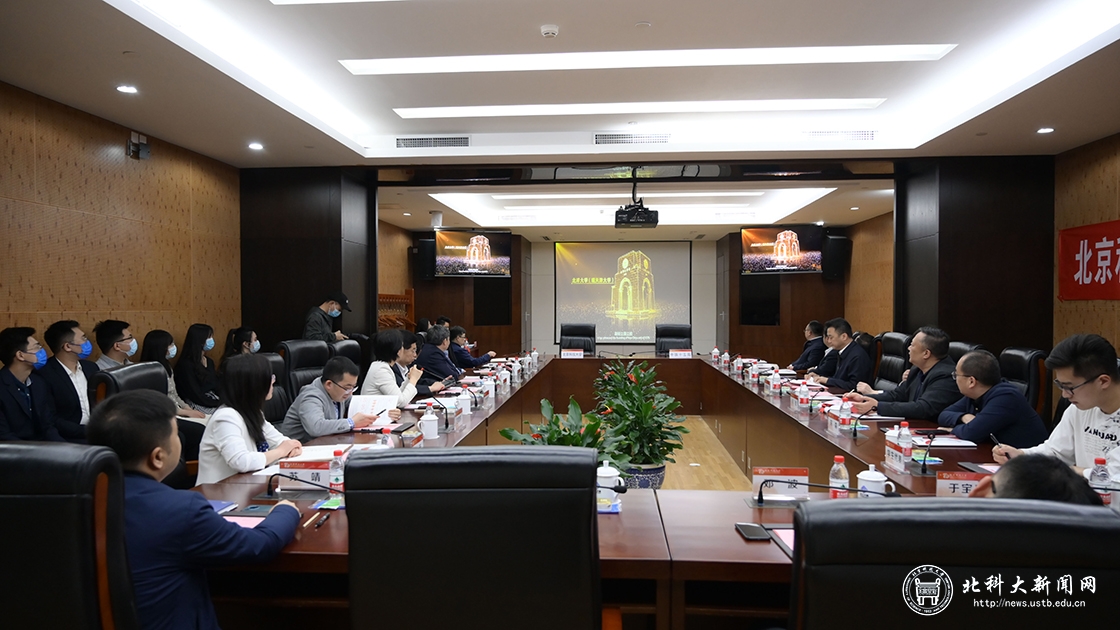 Before the signing ceremony started, CR15G and USTB played their promotional videos respectively. 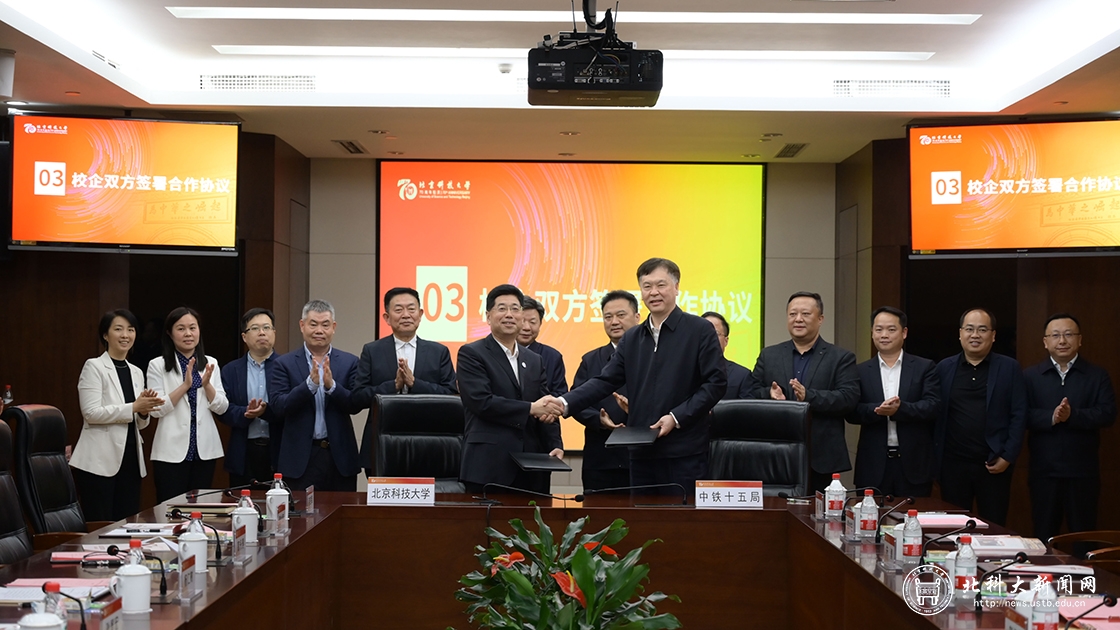 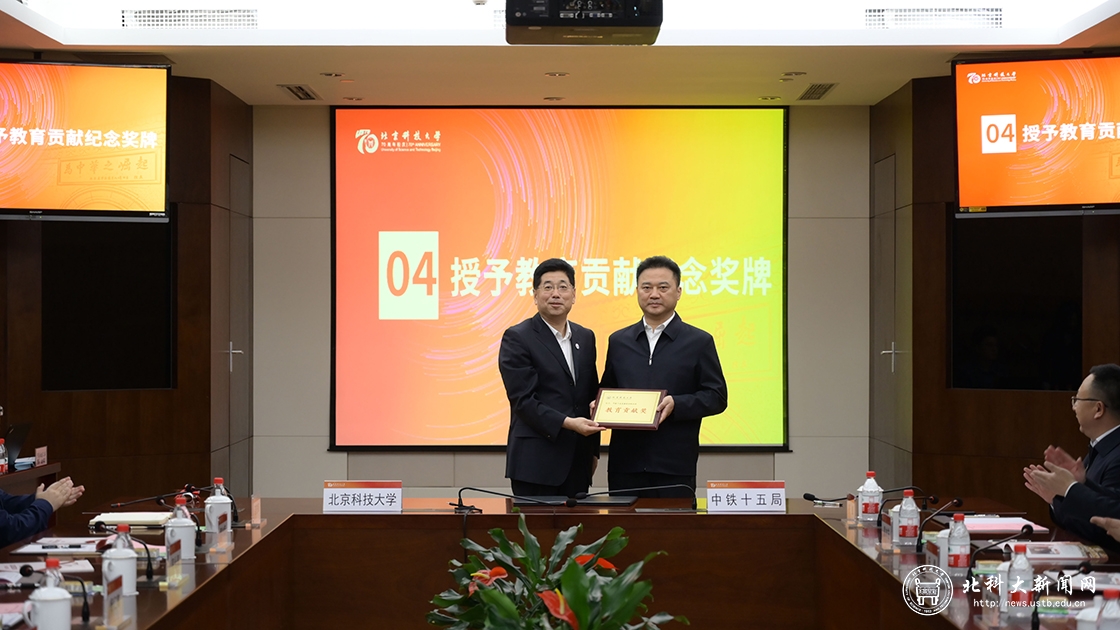 Mr. LIU and Prof. SUN signed the cooperation agreement. CR15G presented a congratulatory letter to USTB, and Prof. SUN, on behalf of USTB, awarded a commemorative medal for educational contribution to CR15G. 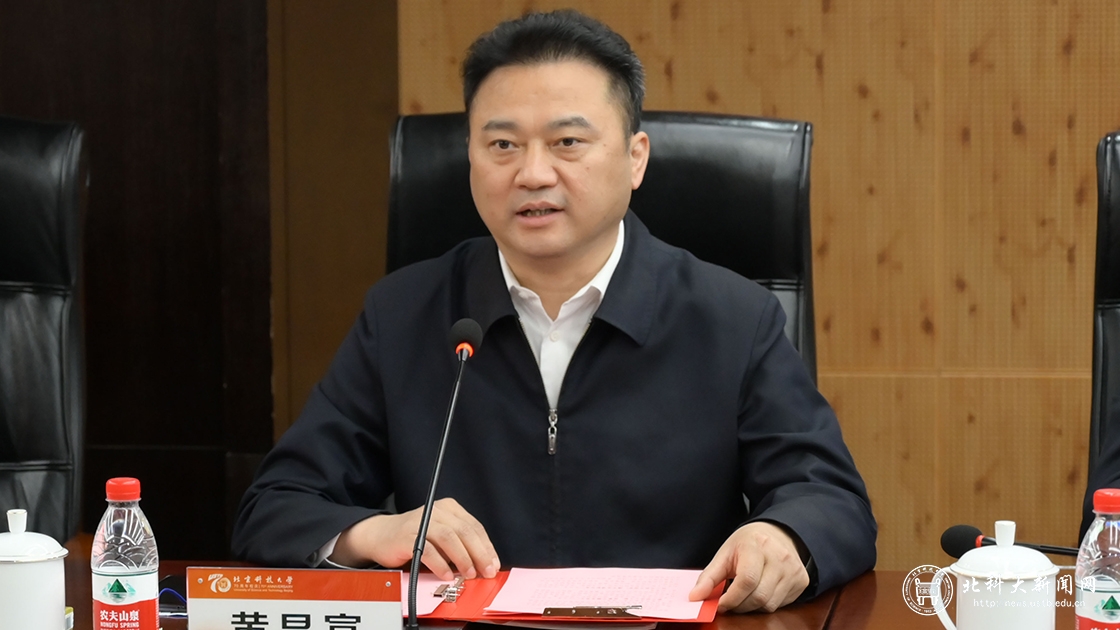 Mr. HUANG expressed his congratulations on the 70th anniversary of USTB and said that over the years, USTB and CR15G have carried out extensive and in-depth cooperation in many fields such as scientific research, talent cultivation and student employment, promoting the deep industry-university-research integration, and establishing a sincere and profound relationship. He hoped that in the future, the two sides could expand exchanges and deepen cooperation in a wider range of fields and at a deeper level. He also said that standing at the historical intersection of the Two Centenary Goals with the historical opportunities brought by the new journey of building a comprehensive socialist modern country and the construction of "Double First-class", we should jointly draw a grand blueprint for development in the new era. 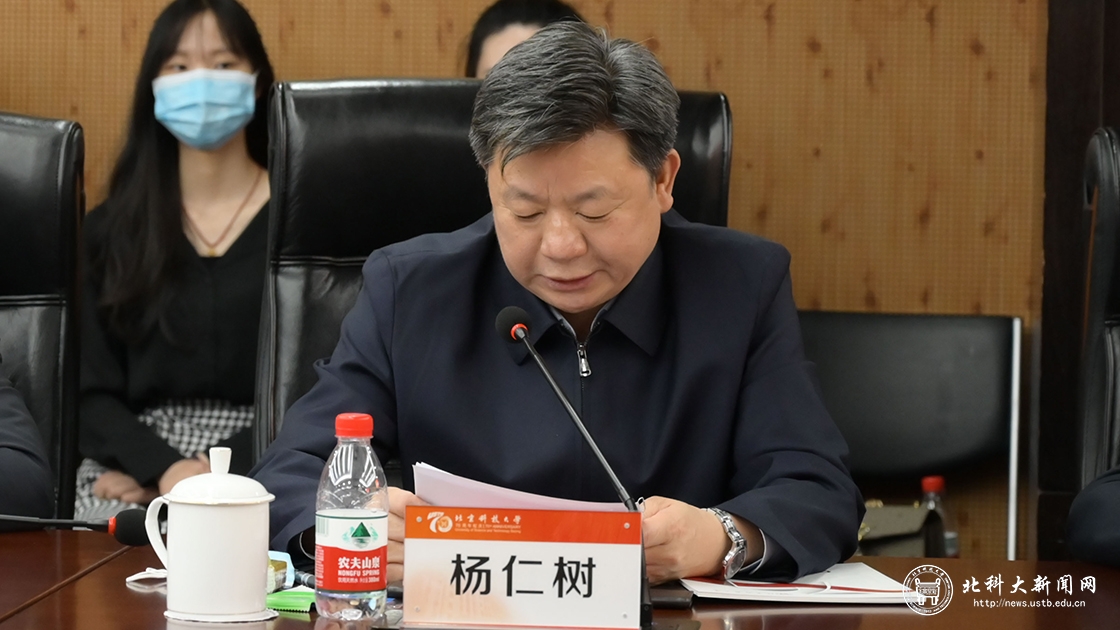 Prof. YANG expressed his heartfelt gratitude and sincere respect to CR15G for its concern and support for the development of the university's education. He said that the signing of the agreement not only reflected the support from CR15G to the educational cause of USTB, but also was an important opportunity to promote mutual development and in-depth cooperation between the university and the enterprise. He also said that on the eve of the 70th anniversary of our university, the signing of this cooperation agreement was precious to the university and has encouraged us a lot! Prof. YANG hoped that both sides could target the latest strategic needs of our country, cooperate closely and jointly to write a new chapter of high-level talent cultivation in the new era and make greater contributions to the cultivation of the country's much-needed leading talents in science and technology to build a powerful nation of science and technology in the world. 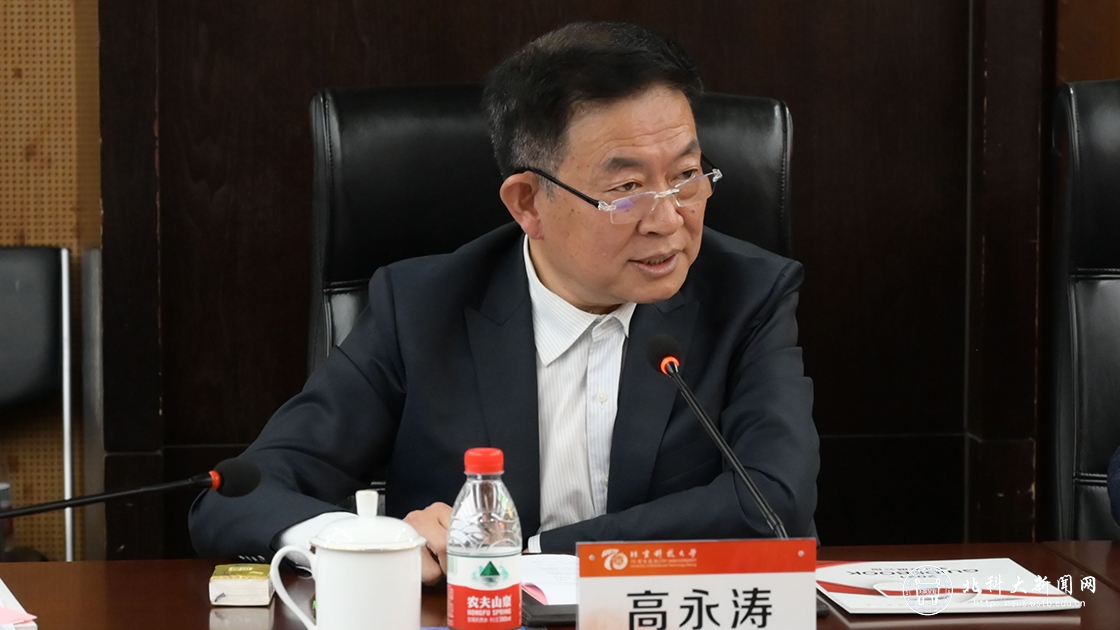 Prof. GAO Yongtao from the School of Civil and Resources Engineering, the postgraduate supervisor of Mr. HUANG, recalled Mr. HUANG’s outstanding student days and highly praised him for the achievements he has made today and his generous giving back to his Alma mater. Mr. ZHANG Lingzhu, a student representative, said that as a civil engineering student, he would follow the trend of the times and focus on the needs of the country to closely combine national development with his personal growth, and be a USTBer who kept the country’s growth in mind. 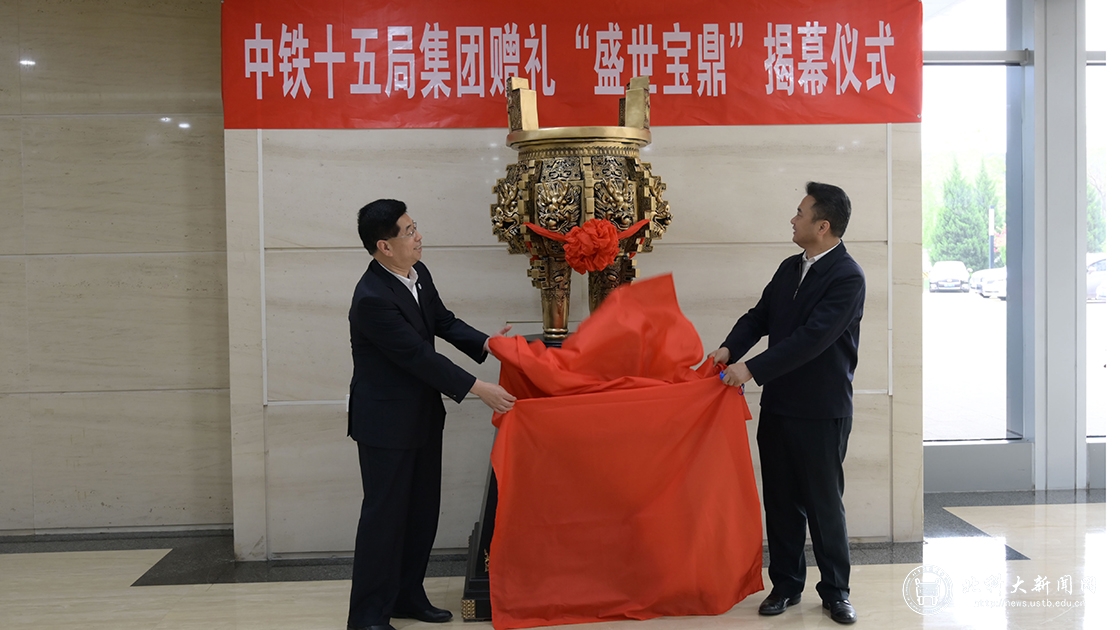 After the signing ceremony, CR15G donated the Shengshi Baoding (a tripod with the meaning of times of prosperity) to USTB. 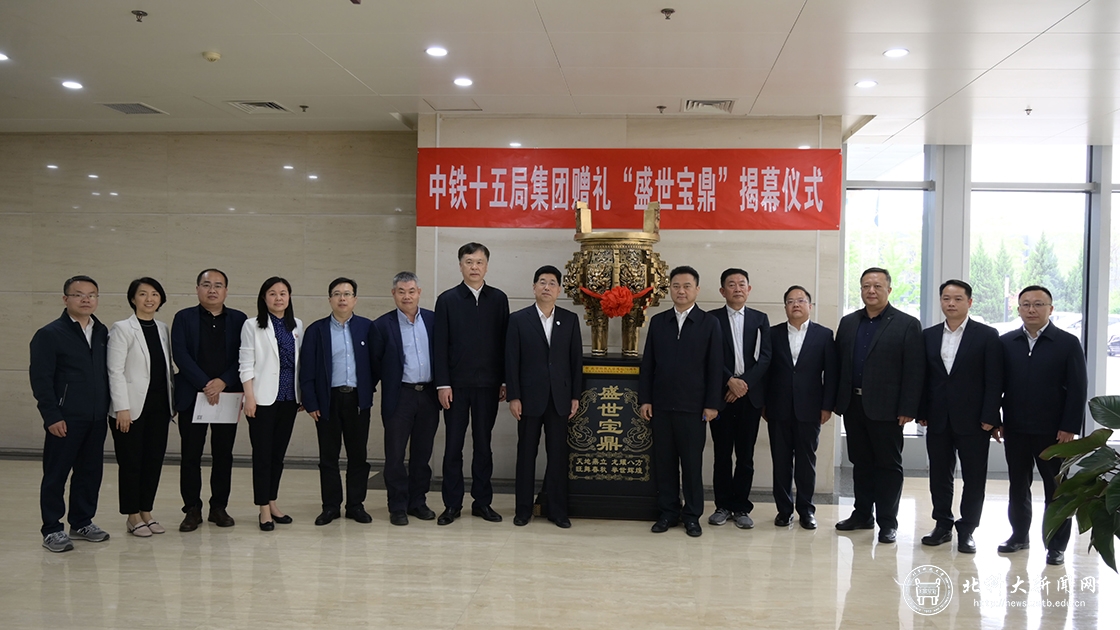 Mr. MA Bin, Commander of CR15G from the Beijing-Tianjin-Hebei Command, Mr. YUAN Shuisheng, General Manager of the Overseas Business Division, Mr. SONG Sen, General Manager of CR15G. Mr. ZHU Feng, Commander from the Beijing Command, and representatives from the School of Civil and Resources Engineering and the School of Chemistry and Biological Engineering participated in the event.