At the invitation of USTB-DMU Confucius Institute (CI) and the Leicester Branch of the UK Historical Association, Professor Mark Buck from University of Science and Technology Beijing (USTB) gave an online talk titled “Western Attitudes to China” to an audience from Leicester and beyond on 11 January 2022.

Professor Elizabeth Tingle, chairperson of the Leicester Historical Association, introduced Professor Buck and expressed her thanks to the speaker for his efforts and to the CI for coordination.

Based on extensive research, Professor Buck covered a span of about 150 years of the evolution of Western views of China since the early 19th century, from prejudice and aggression to a gradual and partial understanding. He analyzed historical factors responsible for the formation of the Chinese national character, pointing out the necessity of the coexistence of different ideologies and cultures, different social systems and different value orientations. He also emphasized the vital importance of cultural exchange and mutual learning among civilizations to confront challenges the whole humanity share today. 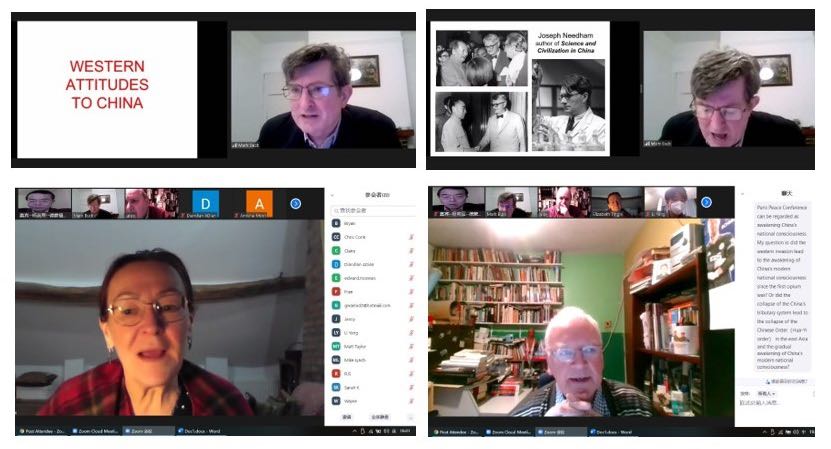 The lecture triggered quick responses from Professor Tingle, her colleagues in the British Historical Association and the History Department at DMU, as well as attendees across the world, including several alumni of USTB now doing their degrees in Britain and Sweden, etc. They also raised questions to the speaker and shared views sparked by the lecture.

After the Q&A, Dr. Yingjun Yang, Chinese Director of the CI, reiterated a few key points: the necessity of understanding modern China from a historical perspective, respecting cultural/social differences, and pursuing win-win solutions to problems faced by mankind. He concluded the event with thanks to Professor Buck, Professor Tingle, her Historical Association and all attendees.