The first-ever festival dedicated to the celebration of contemporary Chinese cinema in the East Midlands is set to start in Leicester next week (14-20 November).

The festival named ‘Electric Shadows’ will not only include a screening program of the latest films from Greater China at Showcase Cinema in Leicester, but also a series of events dedicated to free Mandarin lessons by the USTB-DMU Confucius Institute - as well as industry networking at the LCB Depot. 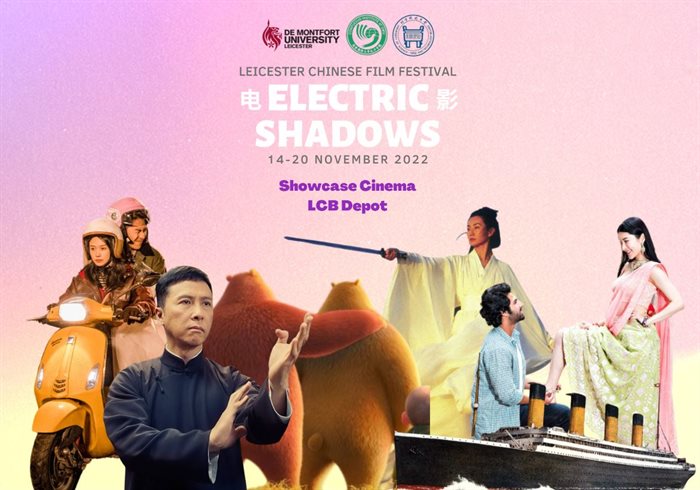 Seven feature films have been selected for this year's festival organized by USTB-DMU Confucius Institute in partnership with UK-China Film Collab (UCFC), aiming to provide an alternative space for public discussions and promote international films.

Dr. Hiu Man Chan, Lecturer in Creative and Cultural Industries and Founder of UK-China Film Collab said: “Film diplomacy has always been the core for my research and practice. Programming for the first Leicester Chinese film festival with the Confucius Institute has been an eye-opening experience.

“It's a new chapter of history for cinema-going in the city of Leicester, a home to many different communities and I believe the more films we watch from other countries, the more informed we are to conduct a constructive conversation."

Focusing on the theme of ‘connectivity’ this year, the festival kick-starts on Monday, November 14th at Showcase Cinema with a UK premier of “My Indian Boyfriend”- a Chinese and Indian comedy, a love story between a Hong Kong Chinese girl and an Indian boy, encapsulating the drama of conflicts caused by racial discrimination and differences in social culture.

The closing film of the festival will also see the UK premiere of the first official Italian-Chinese co-production, "The Italian Recipe"- another cross-cultural romantic comedy between a spoiled pop star from China and a simple girl with a big dream of becoming a chef in Rome.

The film festival has been organized by a number of DMU staff, including; Dr. Kate Gerrard, Director of Faculty Operations and Director of Global Campus Operations, Dr. YANG Yingjun, Chinese Director of USTB-DMU Confucius Institute, and Dr. Hiu Man Chan, Lecturer in Creative and Cultural Industries and Founder of UK-China Film Collab.

“After almost a year of preparation, we are finally able to present a broad array of Chinese films to the people of Leicester and we hope the festival will help people understand more about China and Chinese culture.”