On November 8th, the 22nd “Academic Life” & “Meet the Maestro” interview event was held in the Academic Conference Hall. Prof. HU Zhenghuan, member of Chinese Academy of Engineering and expert in parts rolling technologies attended as the keynote speaker. 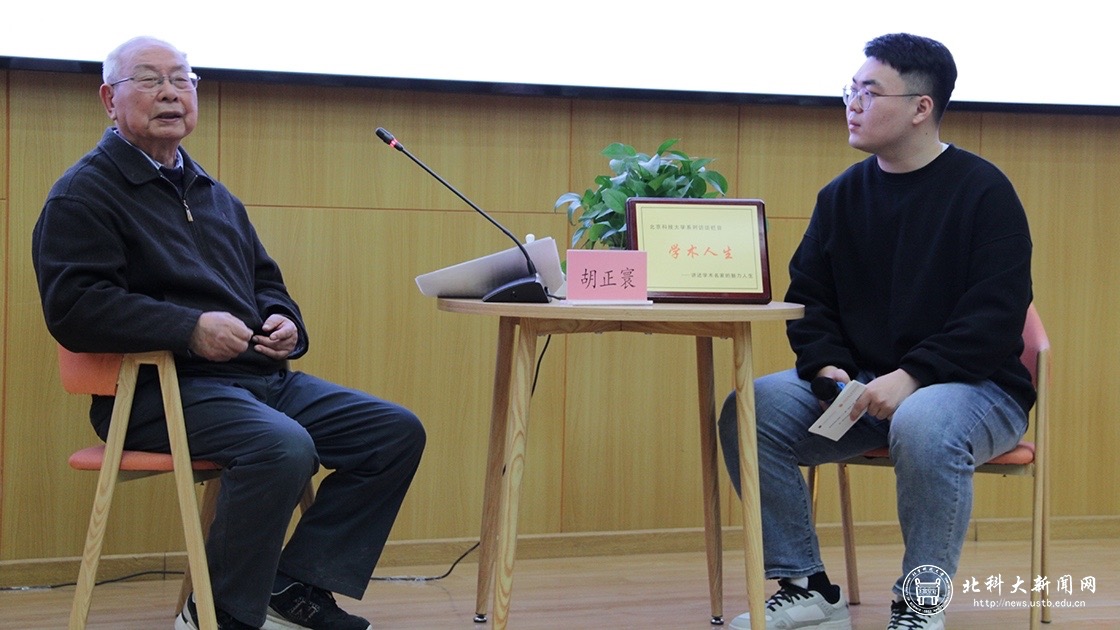 Prof. HU is the Director of High-efficiency Part Rolling Technology Research Center and Director Emeritus of China Society for Technology of Plasticity (CMES). His team has been engaged in the research of part rolling technologies since 1958, the research team led by him has helped establish nearly 300 parts rolling production lines in China and 18 lines were exported to the United States, Turkey and other countries. He is recognized as the main pioneer and founder of the innovative part rolling technologies in China. Prof. HU has published more than 100 journal articles and been licensed more than 50 patents. Prof. HU has been granted 5 national awards and over 10 provincial and ministerial awards, such as the National Excellent Scientific and Technological Worker, the Honorary Academy Award of Metallurgical Science and Technology, Science and Technology Achievement Award, etc.

At the beginning of the interview, Prof. HU shared his experience, when he was graduate from senior high school, he was inspired by Chairman MAO’s words, “We are not afraid of anything with grain and steel”. Therefore, he chose to study in Beijing Institute of Iron and Steel Technology. (Subsequently, University of Science and Technology Beijing).

As the first generation of “steel lads”, Prof. HU recalled the great changes of USTB in the past 70 years. “The school has grown from nothing, from small to big, and from weak to strong.” In the past 70 years, tremendous changes have taken place in our country, which has a great relationship with the development of the steel industry. USTB has delivered more than 200,000 outstanding talents for the industry, becoming a part of supporting the construction of the country.

When it comes to the process of part rolling technologies from R&D to production, Prof. HU said that there are three main difficulties in the transformation of productivity, one is the production process, the second is the equipment, and the third is the mold. They were invented in 100 days while these problems were solved for 15 years. In addition to technical difficulties, Prof. HU also recalled the hard life with his students. Nowadays, technologies of Prof. HU’s team have been applied to more than 300 production lines in 27 provinces with an output value of more than 40 billion yuan. In his view, the promotion process of technology transformation into productivity needs base, equipment and team, and the team plays a core role. The division of labor within the team should be very clear, including researchers, engineers, and technical workers as well as graduate students. The team members should perform their respective duties and work together.

When it comes to what keeps him going at the forefront of scientific research at the age of 87, Prof. HU said, “It's a matter of pursuit and happiness”. His biggest pursuit is to turn scientific research into productivity and completing this process has been his greatest source of happiness and fulfillment.

At the end of the interview, Prof. HU proposed three hopes to all the students. First, they should pay attention to the combination of theory and practice and cultivate their comprehensive ability. Second, they should have team spirit. Modern science, especially engineering discipline needs the cooperation of the team. Third, they should keep healthy, strengthen physical exercise. Good physical condition is the foundation of career development. 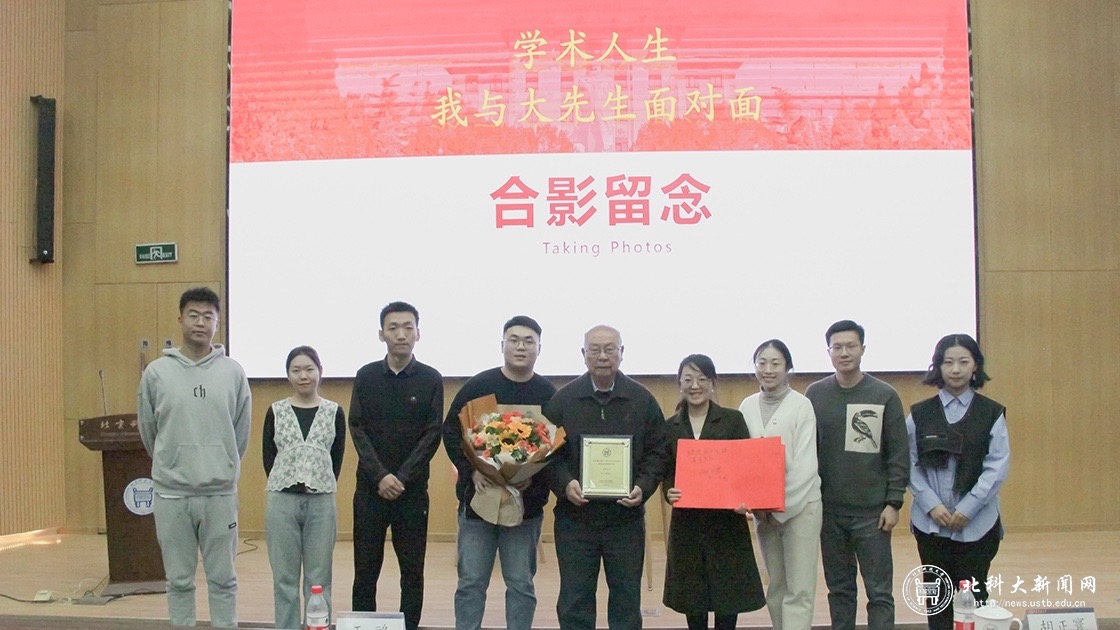 As the first generation of USTB graduates, Academician HU Zhenghuan takes “Steel Powers the Nation” as his lifelong expectation and mission. After meeting with the maestro, USTB students in the new era will surely move forward along the footsteps of Prof.HU and striving for serve the nation.