Contributes to the “Dual Carbon Target”: USTB Held the Opening Ceremony of the Innovation Research Institute for Carbon Neutrality

On April 21, President XI Jinping replied to senior professors of USTB, affirming the positive contributions made by the university to the development of the national iron and steel industry. Meanwhile, he expressed his heartfelt congratulations on the 70th anniversary of the university and put forward ardent expectations for USTB to cultivate more high-quality talents and promote the innovation and development of the iron and steel industry as well as green and low-carbon development.

After 70 years of hard work, USTB has made important contributions to the rapid development of the national iron and steel industry. It is the bounden responsibility of USTBers to realize the green transformation of the iron and steel industry and the carbon peaking and carbon neutrality goals. On April 22, on the occasion of the 70th anniversary of USTB, the opening ceremony of USTB’s Innovation Research Institute for Carbon Neutrality and Dual Carbon Seminar was held in the Auditorium & Staff Activity Hall. 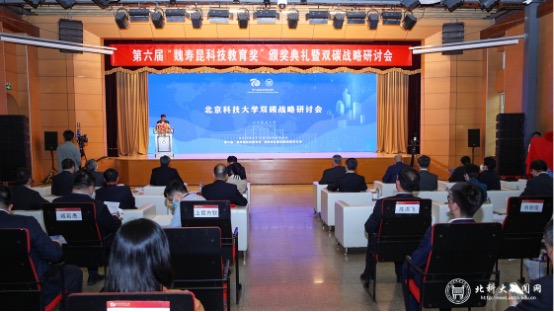 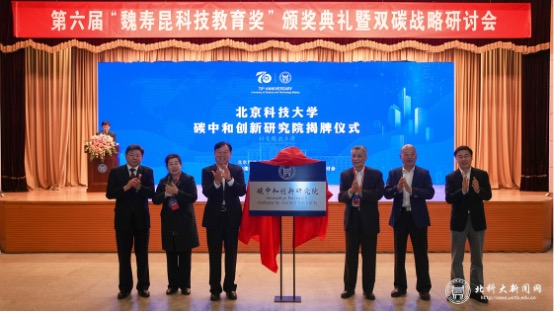 The establishment of the Innovation Research Institute for Carbon Neutrality aims at combining the strength of predominant disciplines such as Materials, Metallurgy, Energy, Environment, Automation, Computer Science, Economics and Management, etc. With national strategic objectives of carbon peaking and carbon neutrality as task orientation, it will give full play to discipline advantages for carbon neutrality in the iron and steel industry to play a leading role in independent innovation of national strategic and key sectors. 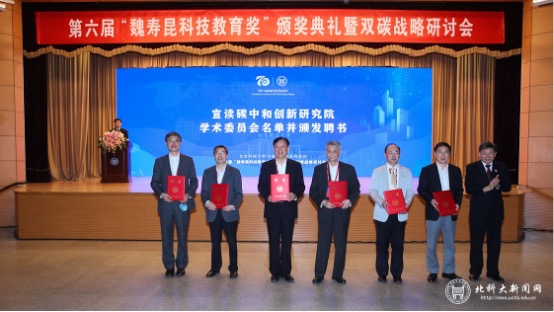 At the Seminar, three guest speakers, including Mr. HE Wenbo, Chancellor of the China Iron and Steel Association; Mr. YU Yong, Chancellor and Chairman of HBIS Group; and Mr. LI Xinchuang, Chancellor of the Metallurgical Industry Planning Research Institute and a foreign member of the Russian Academy of Natural Sciences delivered keynote speeches on dual carbon issues respectively. 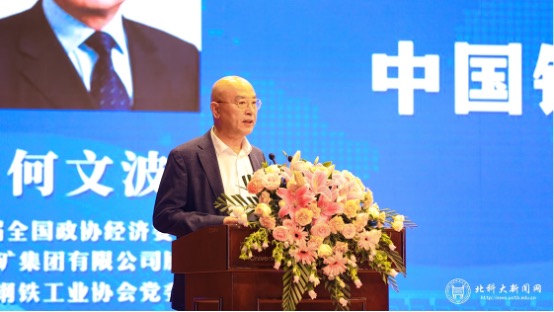 Mr. HE Wenbo made his speech

He pointed out that “carbon peaking and carbon neutrality” is the top priority for the iron and steel industry. China’s representative iron and steel enterprises had carried out research and planning on the low-carbon path in the metallurgical process, striving to achieve a balance between ecosystem and economic benefits while achieving objectives of emission reduction. He stated that in order to effectively promote scientific and technological progress and low-carbon technology development in the iron and steel industry, the China Iron and Steel Association was committed to solving the existing problems in the process of scientific and technological innovation and research and development through the "World-Leading Low-Carbon Common Technology Development Support Program". 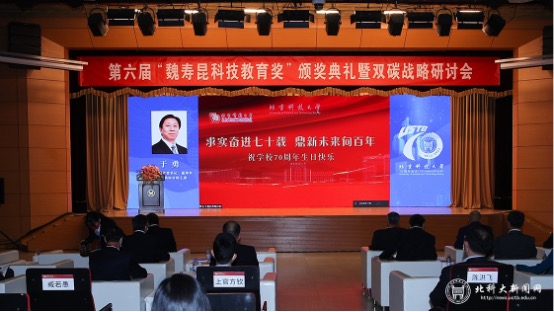 Mr. YU Yong made his speech 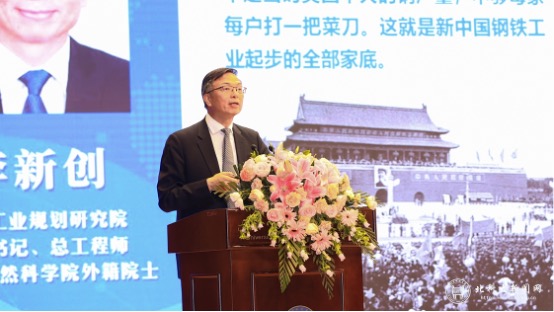 Mr. LI Xinchuang made his speech

Mr. LI Xinchuang emphasized the importance of scientific planning for industry development in his industry planning report "Scientific Planning Promote Low-Carbon Development in the Iron and Steel Industry". He also reviewed the advantages and deficiencies in the development plan of China's iron and steel industry, and deeply interpreted the new requirements of the "14th Five-year Plan" for the high-quality development of the iron and steel industry. As regards the transformation to the high-quality and low-carbon iron and steel industry, he innovatively proposed the combination of "digitalization + low-carbon" which could be realized by establishing a digital platform of ultra-low emissions and low-carbon coordinated control based on the industrial Internet. As the Chancellor of the Metallurgical Industry Planning Research Institute, Mr. LI Xinchuang claimed that the institute would make efforts to achieve dual carbon goals continuously. 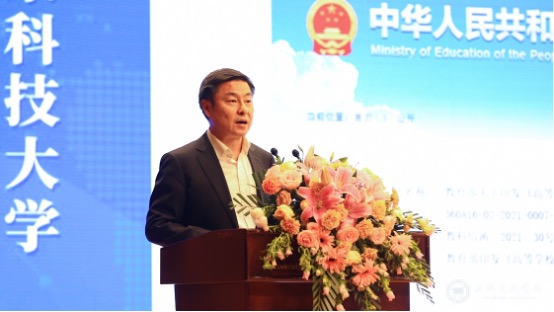 Prof. MAO Xinping made his speech

On behalf of USTB, Prof. MAO Xinping released USTB's Action Plan for Carbon Neutrality Innovation. He stressed that it was the historical mission of the university to serve the realization of the national carbon neutrality strategy. The university would build a platform for carbon-neutral technology innovation and achievement transformation by means of dominant disciplines to seize the opportunity of the national carbon neutrality strategy. It was also a great opportunity to speed up the construction of "Double First-class". He said that to achieve this goal, USTB would strengthen cutting-edge and key technology research and build a new strategic science and technology innovation platform while creating a new high-end intelligent library and cultivating innovative talents. In addition, local and international cooperation would be developed and extended. Through these measures, USTB is determined to make significant contributions to China’s carbon neutrality goal.