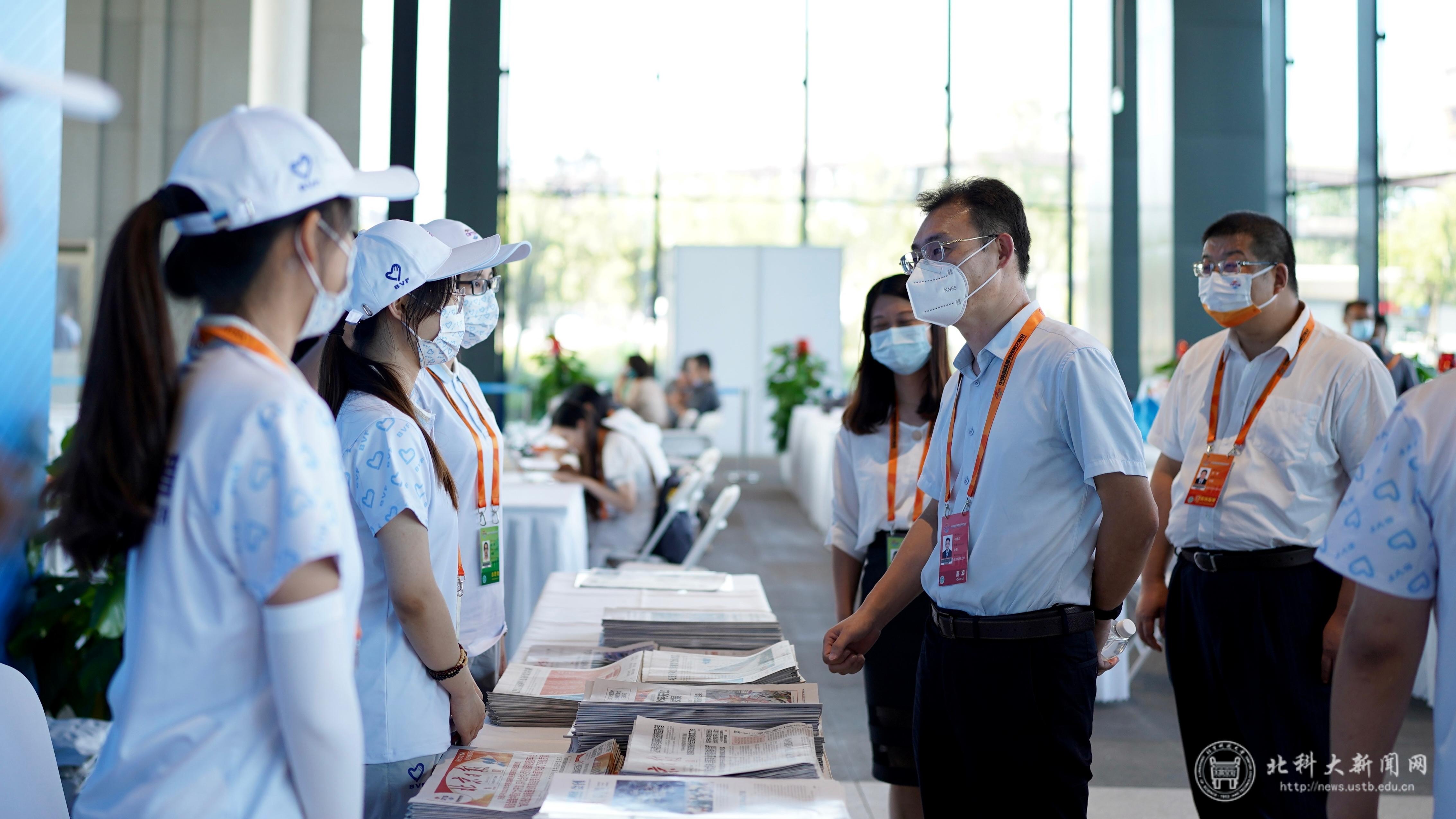 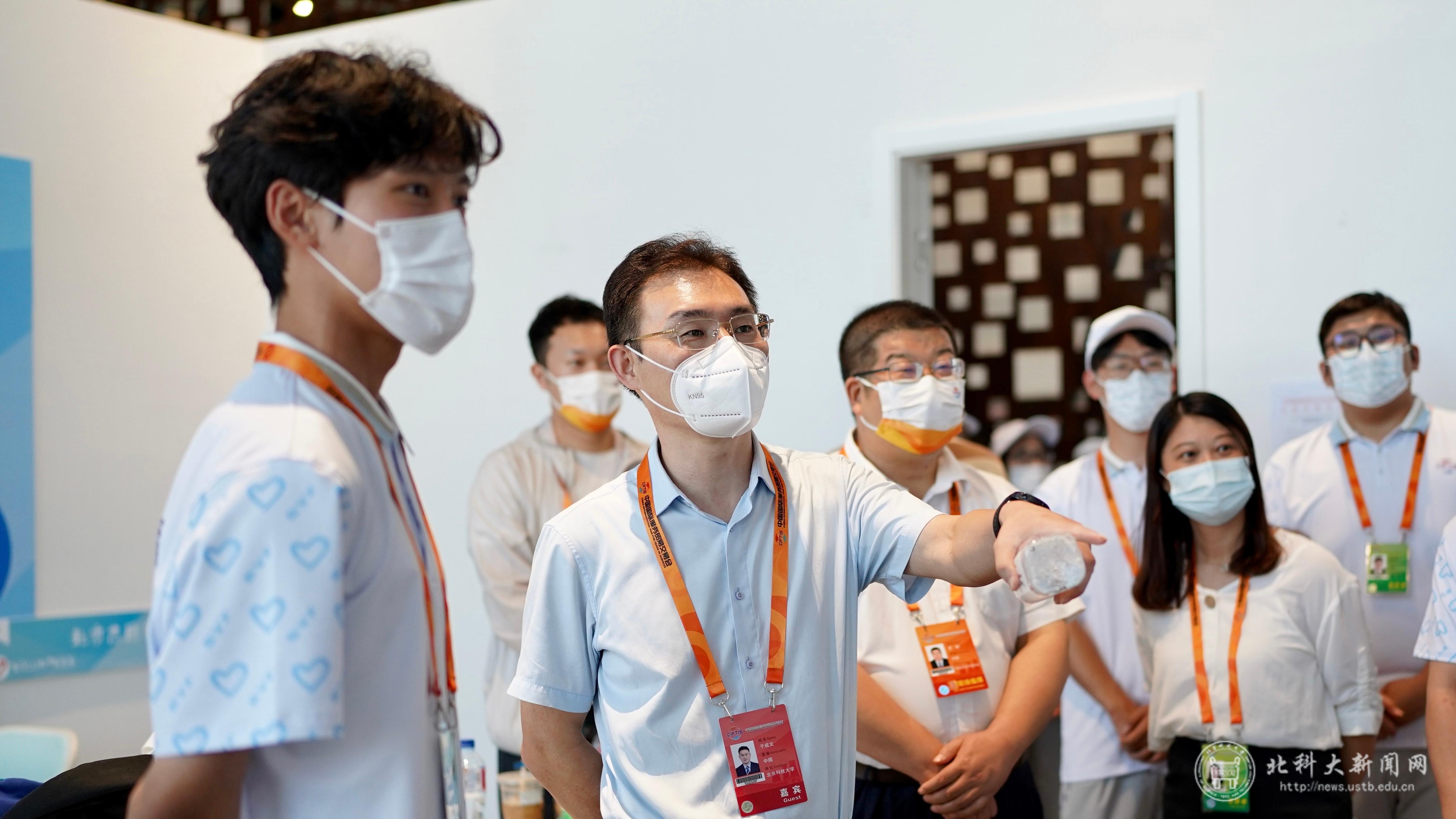 Prof. YU Chengwen and his delegation visited the functional areas of the Media Reception Center and expressed their concerns to the volunteers working in the media reception group, mobile group, volunteer home service group, and other positions. Prof. YU Chengwen inquired about the recent work situations of the volunteers and affirmed the spirit and enthusiasm of the volunteers to complete the work conscientiously. He put forward three expectations for the following volunteer work. Firstly, the volunteers should integrate knowledge and action, apply the theoretical knowledge learned in training to the post-practice, strive for perfection, and complete the work with professional standards, sheer enthusiasm, and considerate service. Secondly, he asked the volunteers to maintain a high level of awareness of the prevention and control of COVID-19 at all times, and do a good job of personal protection while providing good services. Thirdly, he sympathized with the hard work of the volunteers, hoping that they can alternate work with rest, do some exercise to have a healthy body, complete the work smoothly and return to campus safely.

In this volunteer service work of the CIFTIS, our school set up a temporary Party branch and a Youth League branch for volunteers, the purpose of which was to play a positive role in the Party and Youth League organizations and to strengthen the cohesion and effectiveness of the youth volunteers. A number of young party members who had service experience in major national events, such as the Beijing 2022 Winter Olympics, the 100th Anniversary of the Founding of the Communist Party of China, the 70th Anniversary of the Founding of the People’s Republic of China, had become the core backbone of the volunteer team. During the work, they played the role of pioneer and example model, leading the youth around due diligence, shine and heat, and warmed the Shougang Park in early autumn with the most enthusiastic service and the most wonderful performance. According to volunteers, as a national-level, comprehensive large-scale exhibition, the CIFTIS is an important platform for the country to promote foreign cooperation and international exchanges. Born in a prosperous world, it is an honor for every young volunteer to participate in this fair. In the process of serving, they deeply felt the great achievements of the development of the Party and the country, which encouraged them to keep learning, keep making progress, integrate personal growth into national development, keep their mission in mind, and always stand at the forefront. 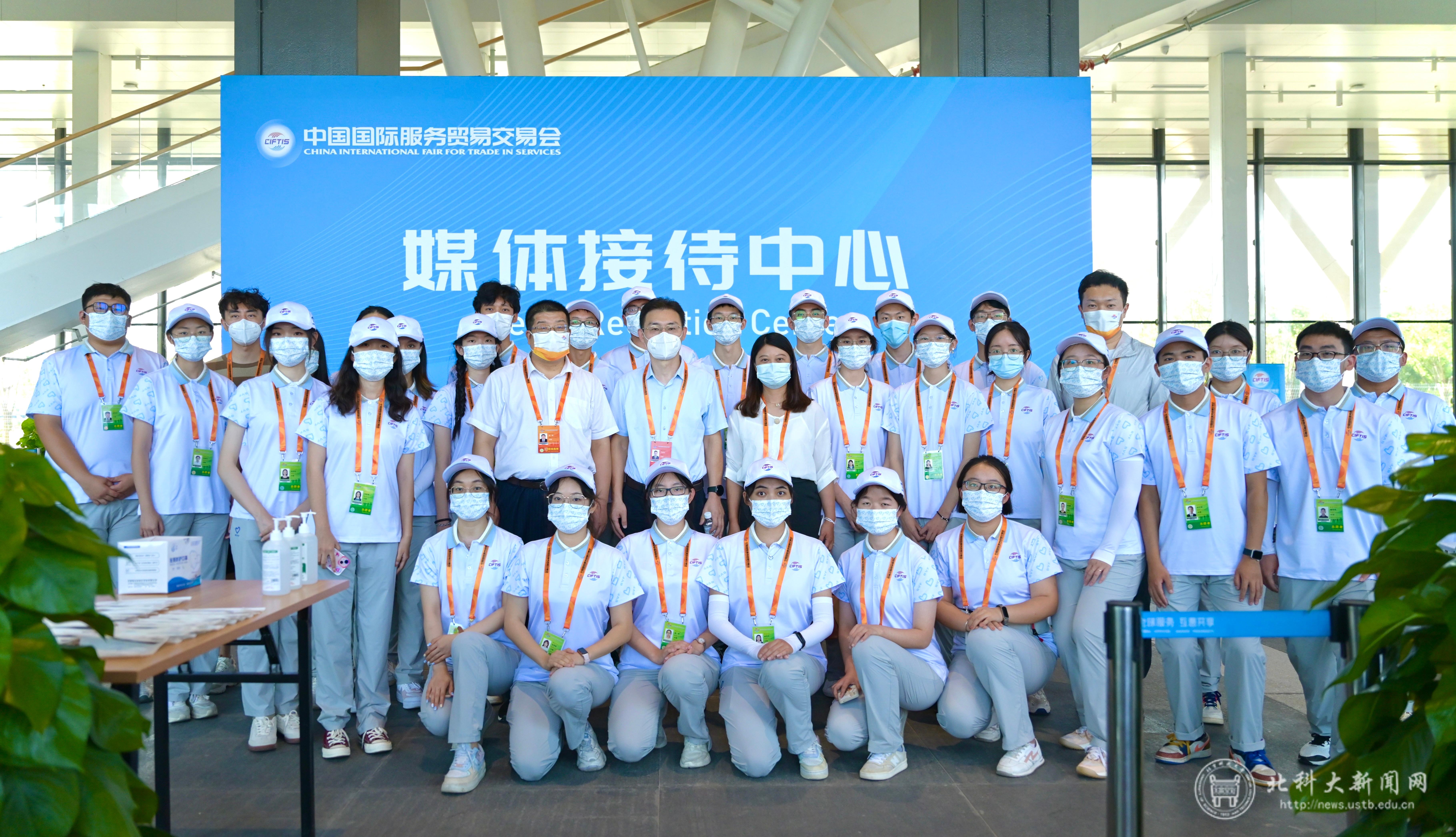 At last, Prof. YU Chengwen and his colleagues took a group photo with the volunteers on the first floor of the Media Reception Center and presented gifts to each volunteer on behalf of the university. He said that USTB would do its best to provide care and support for volunteers, hoping that everyone could devote themselves to the service work to shine the “Golden Name Card” of the USTB volunteers.

Since August, USTB had actively responded to the call of the Beijing Committee and the Communist Party of China, and the Executive Committee of the CIFTIS, and had practically completed the selection, recruitment, training, assessment, and management of the volunteers. After the 3-day post-training and field survey, 42 young volunteers took part in the 5-day volunteer service for the CIFTIS from September 1st to September 5th, covering the media service and volunteer support of the Shougang Park. The volunteers were willing to endure hardships and devote themselves, to telling China’s stories in the venue of the CIFTIS, showing the image of youthful USTB volunteers.