The English Version of XI Jinping and College Students, Translated by Our Faculty, was Published by Pakistan's Beyond Horizons Press

On June 24th, the promotion ceremony of the English Version of XI Jinping and College Students was held at the Beijing Youth Palace, where Ms. WANG Hongyan, Executive Secretary of the Secretariat of the Central Committee of the Communist Youth League, attended and spoke. The book was recently published and released by Pakistan's Beyond the Horizon Publications. The English translators of the book, teachers from the School of Foreign Study of USTB, Prof. ZHAO Jing, Ms. LI Tianzhu, Ms. TANG Zhongli as well as Prof. SHEN Wei, Secretary of the Party Committee, School of Foreign Study, were invited to attend the meeting. Ms. WANG Lili from the USTB Research Center of the Communist Youth League, on behalf of the book writing team, shared her experience in the writing process with the compere. 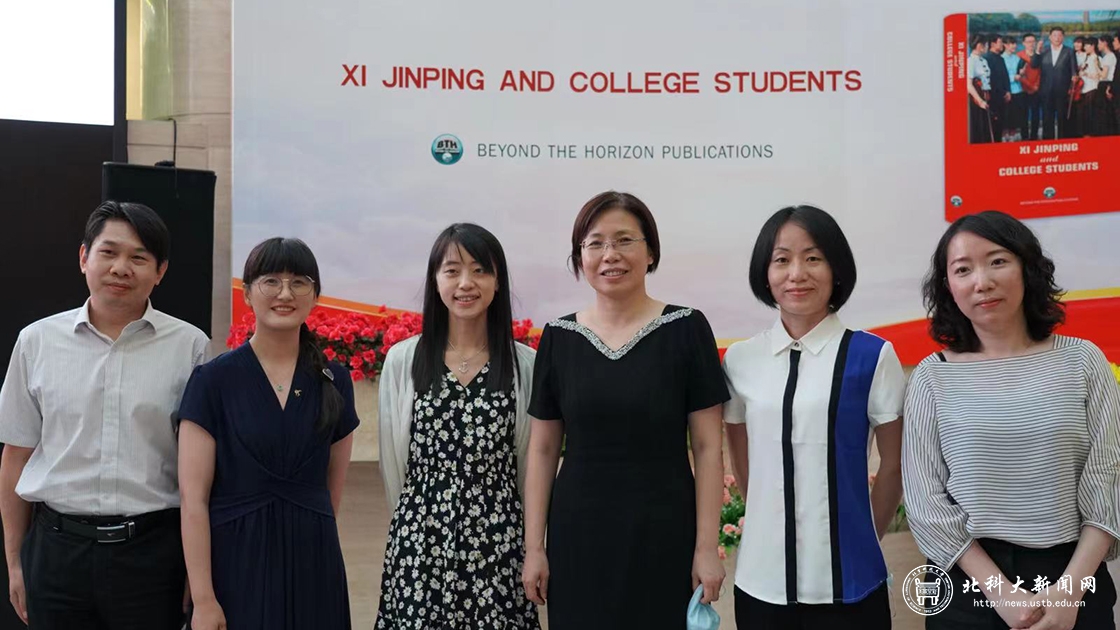 Through 25 interviews, XI Jinping and College Students tells the story of President XI Jinping’s communication with college students since he worked in Zhengding, Fujian, Zhejiang, Shanghai, and the Central Committee of the CPC from December 1983 to July 2019. It records the President’s consistent concern and cares for young people, especially college students. The Chinese version of the book has aroused a strong response in China since it was published by China Youth Press in November 2020.

At the promotion ceremony, Ms. WANG Hongyan said in her speech that it is an important tradition of the CPC to attach great importance to youth, care for them warmly and teach them earnestly. President XI Jinping is a model who takes the lead in practicing and carrying forward this tradition. She introduced the youth work of the CPC under the guidance of President XI Jinping since the 18th CPC National Congress, with emphasis on the earnest expectations of President XI Jinping for the CPC youth League and youth work at the celebration of the 100th anniversary of the founding of the Chinese Communist Youth League.

Ms. WANG Hongyan said that Pakistan Beyond the Horizon Publications took the lead in publishing the English version of President XI and College Students, which will help young people in Pakistan and other countries deeply understand the President's leadership, understand China's youth work, and understand the aspirations of contemporary Chinese youth.

The Publicity Department of the CPC, the Central Committee of the Communist Youth League, XI Jinping and College Students reader representatives, Chinese and foreign youth representatives, and other guests participate in the promotion ceremony. The guests spoke highly of the translation work of the book, and the publisher spoke highly of Prof. ZHAO Jing, Ms. LI Tianzhu, and Ms. TANG Zhongli for their professional translation standards, rigorous style of study, and work style in pursuit of excellence. At a press conference to promote the English version of XI Jinping and College Students, Mr. ZHANG Hongliang, one of the interviewees, praised the book as "very well translated!"  Sara, a Ugandan student, shared her feelings on reading the English Edition of XI Jinping and College Students.  Her favorite sentence was, "The Younger generation should ‘look for hardships.’" "Young people should really look for ways to improve themselves and President XI's words will guide them to improve themselves in the long run," said Sara.

After the ceremony, Ms. WANG expressed her heartfelt thanks to our teachers and took a group photo.

The event was reported by China Daily and CGTN on June 25th, China Youth Online, and the official WeChat account of the Central Committee of the Communist Youth League on June 27th. 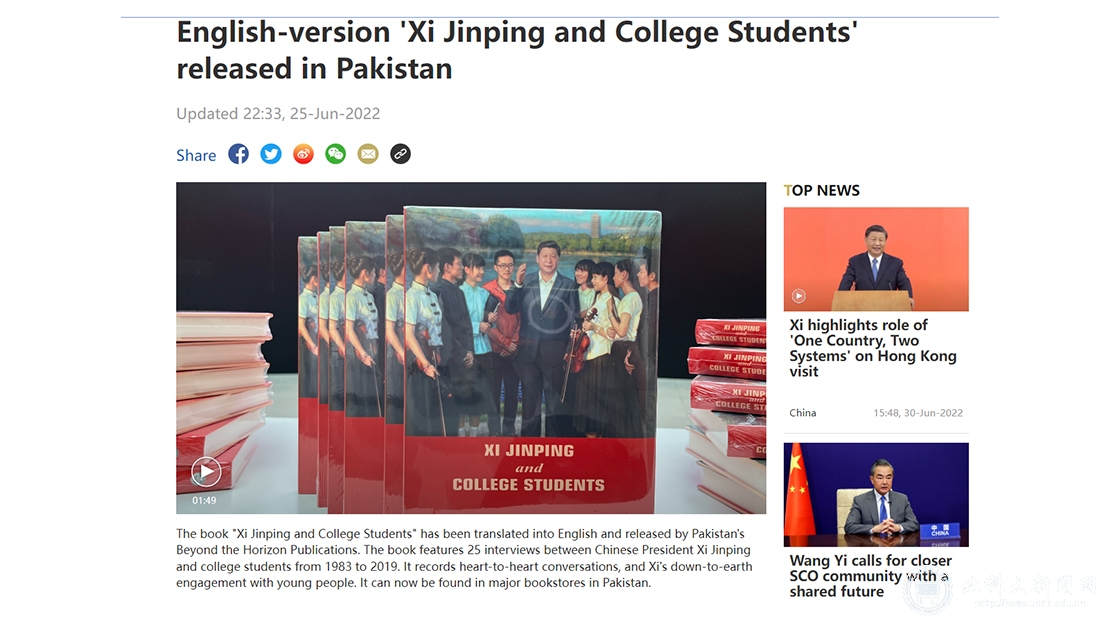