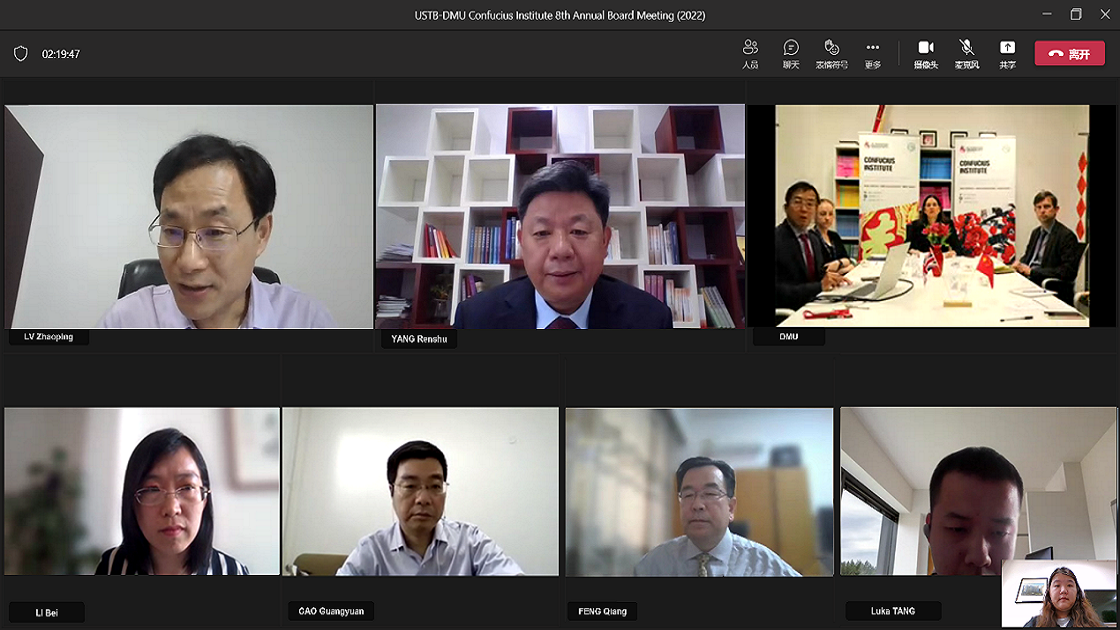 Vice Chancellor Normington started her address to the Board by celebrating the joint support of DMU and USTB to the CI for its smooth running in 2021. She praised the CI’s success in accomplishing last year’s work plan and its steady growing impact at DMU and in Leicester/shire. The Vice Chancellor also shared with the Board DMU’s strategy to become an empowering university, and a new course structure known as Education 2030. VC Normington pointed out that in spite of the epidemic, the two universities have overcome difficulties and established a strong cooperative relationship. She was very happy to have participated in one of a series of events celebrating the USTB’s 70th anniversary, and was looking forward to further cooperation with USTB. 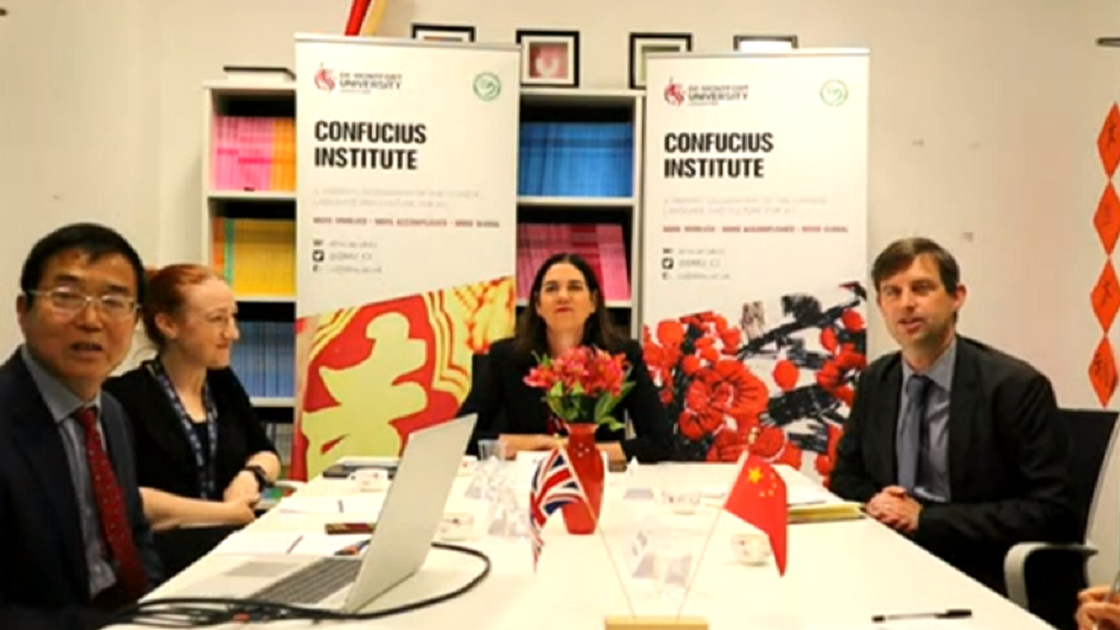 Vice Chancellor Normington addressing the Board

USTB President YANG Renshu responded with heartfelt thanks to VC Normington for her participation in the celebration of the USTB’s 70th anniversary, congratulated DMU on its successful launch of the Dubai Campus, and thanked the CI staff, both Chinese and local, who have ensured the steady progress of the Institute. President YANG applauded the CI’s active role in promoting and facilitating cooperation and exchanges between the two universities over the past eight years. As a result, USTB and DMU have deepened collaboration in scientific research, student exchanges, teaching and learning programmes for a win-win partnership. USTB will support the CI as a joint institute for further consensus on cooperation, broaden the scope of cooperation and promote mutual development. 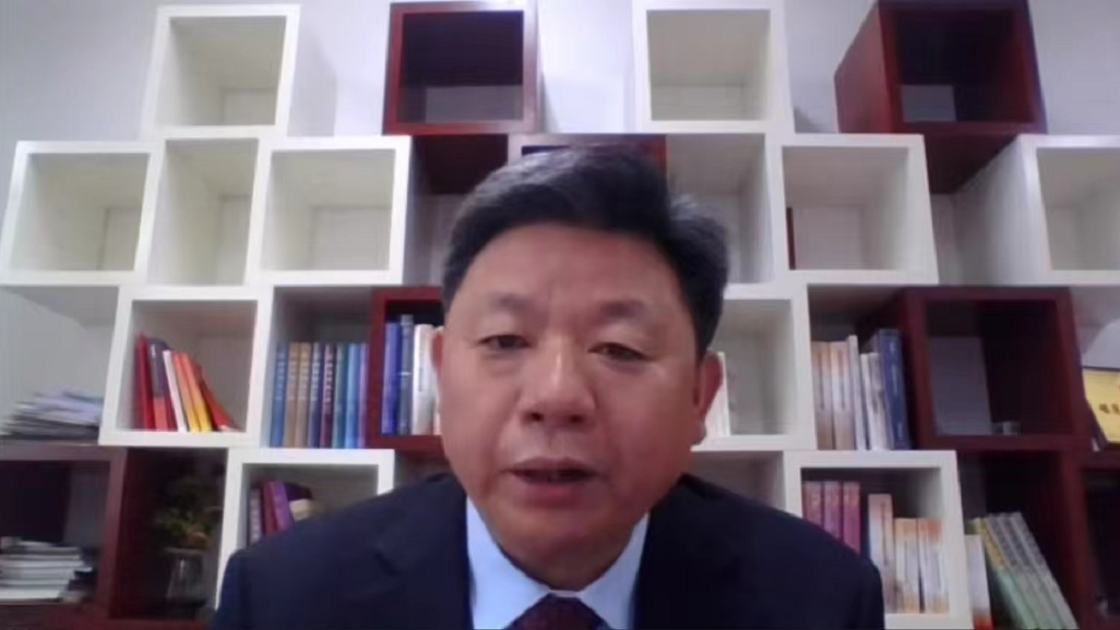 President YANG Renshu addressing the Board

Chinese Director YANG Yingjun presented a report of the CI’s achievements in 2021 and the 2022 work plan. The CI’s major achievements include facilitating reciprocal programs and events between the partner universities: DMU’s active participation in USTB’s 70th anniversary events such as VC Normington’s keynote speaker e-address to USTB’s University Presidents Forum: Pooling Global ‘Wisdom and the CI staff and students’ videoed birthday greetings to USTB. Despite the epidemic, the CI organized 5 online lectures between the two universities besides other academic exchanges. Thanks to the strong support of USTB and DMU, the CI’s 8th anniversary celebration and a retrospective photo show were ready to launch. The CI has made great efforts to keep key teaching programmes going against challenges, and everything has been almost back to normal. The CI has also done its best to facilitate mutual understanding between cultures by participating in the 2022 UN Chinese Language Day Overseas Video Festival. The “Special Jury Award” the CI won in partnership with Little Bowden Primary School, the highest honor in its history, was premiered at the UN Office in Geneva CCTV in China on 20 April, and then aired, streamed, re/tweeted, and re/posted far and wide on public broadcasting and new media platforms around the globe. The video of a children’s chorus in Mandarin for the Chinese New Year titled “Your Beautiful Smile” was viewed more than 90,000 times in the UK, China and beyond, giving both universities’ public profile a huge boost. In 2022, the CI will strive to provide better Chinese teaching programs, enhance communication between cultures, and promote cooperation and exchanges between the two universities. 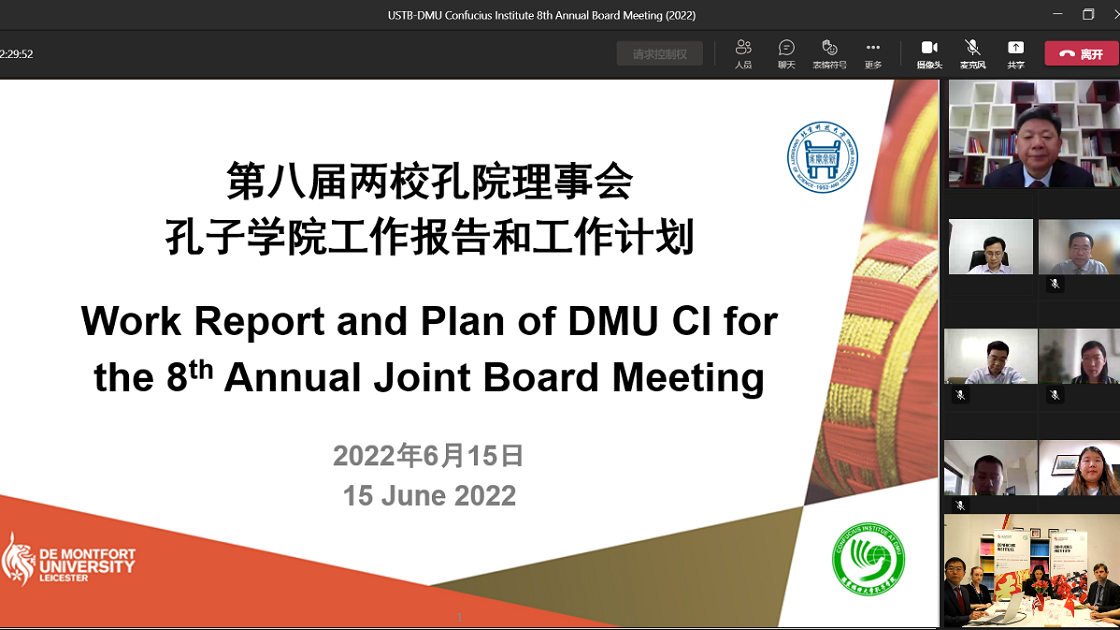 Both PVC Simon Bradbury and Vice President LV Zhaoping made concluding remarks with suggestions on the CI work plan and future collaborations between the two universities. Bradbury pointed out that the steady development of the CI in 2021 cannot be separated from the hard work of the CI team as well as colleagues from both universities. With the CI as an effective bridge, the two universities will have more to do together in academic research, student and staff exchanges and other fields, making the best of complementary advantages based on growing friendship. LV Zhaoping pointed out that there is still room for the CI to better meet the needs of DMU and Leicester/shire with more coordinated Chinese courses and more cultural activities. The CI is also expected to establish more links between teachers and students of the two universities by making use of their respective core advantages, such as creative design and related fields. Exploration could be made for possible cooperation with DMU Dubai in the near future. 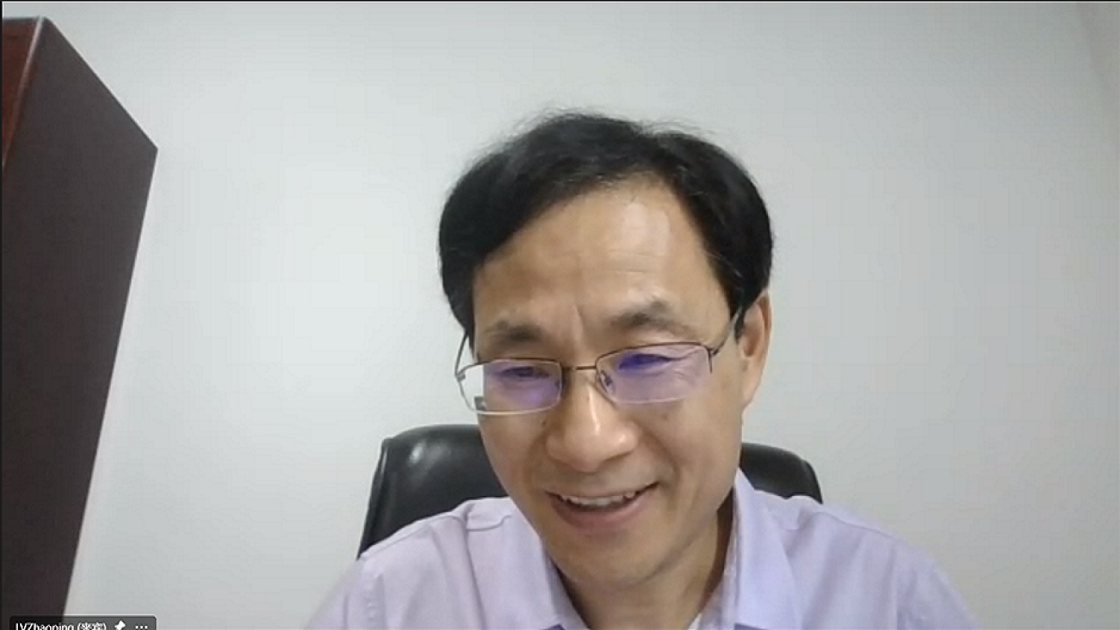 The Board reviewed and approved the CI’s annual report for 2021 and the 2022 work plan together with the budget summary and new application. The two sides have reaffirmed their commitment to support the CI with all resources at hand as always. They have also explored long- and short-term cooperation strategies and mechanisms, such as joint scientific research projects, workable academic exchange programmes, possible mutual visits for students and staff, and future cooperation at DMU Dubai campus.